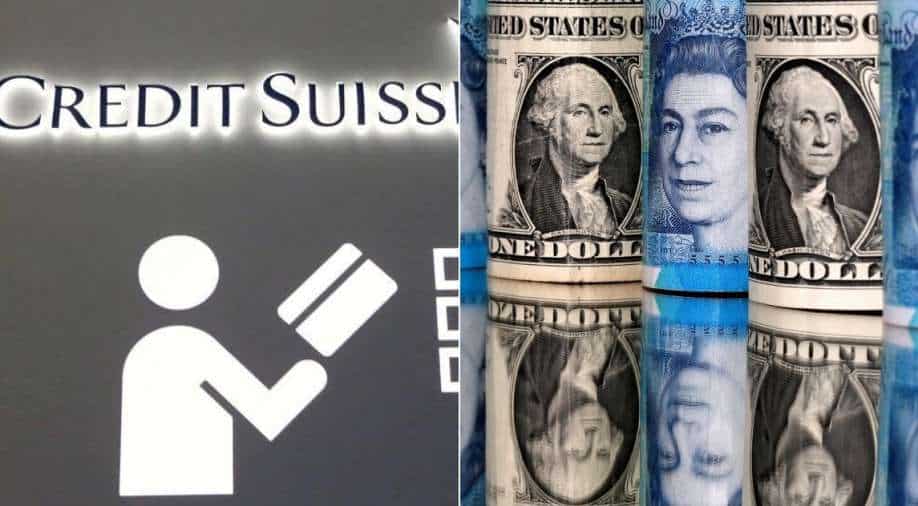 The leak included more than 18,000 accounts that held in excess of $100 billion at their peak. Photograph:( Reuters )

Credit Suisse, which is a global investment bank and financial services firm based in Switzerland, on Sunday (February 20) said that it "strongly rejects" allegations of wrongdoing. Credit Suisse is apparently Switzerland's second-largest lender.

Multiple media outlets have published results of investigations into a leak of data on thousands of accounts held there in previous decades.

The documents termed "Suisse Secrets" have been published by Organized Crime and Corruption Reporting Project (OCCRP). It is an international investigation into one of the world's wealthiest and most important banks.

The documents have been compiled after more than 163 journalists from 48 media outlets in 39 countries across the world spent months analysing bank account information leaked from Credit Suisse.

ALSO READ | US plans to cut ties with targeted Russian banks if Ukraine is invaded: Sources

OCCRP stated that the leak included more than 18,000 accounts that held in excess of $100 billion at their peak. It is the only known leak of a major Swiss bank's client data to journalists.

The reports mentioned that the leaked data was provided to the German newspaper Süddeutsche Zeitung by an anonymous source more than a year ago and the data includes information about more than 18,000 Credit Suisse accounts and 30,000 account holders.

The investigative report, as published by several media out claims to have found evidence that some of the accounts show trails of involvement in serious crimes such as money laundering or drug trafficking.

The report states that the Suisse Secrets project investigates these account holders, whose exploitation of Swiss banking secrecy is a "prime example of how the international financial industry enables theft and corruption".

"Given Credit Suisse's numerous pledges to reform its due diligence practices over the years, the project highlights the need for increased accountability in this sector," a part of the OCCRP report noted. v

Meanwhile, the Swiss bank has rejected the allegations. In a statement, it said, "The matters presented are predominantly historical, in some cases dating back as far as the 1940s, and the accounts of these matters are based on partial, inaccurate, or selective information taken out of context."

Credit Suisse further said that it had reviewed accounts that were likely related to the investigative report. "Approximately 90% of the reviewed accounts are today closed or were in the process of closure prior to receipt of the press inquiries, of which over 60% were closed before 2015," it said.

Credit Suisse also said that it was "deeply aware of its responsibility to clients and the financial system as a whole to ensure that the highest standards of conduct are upheld".

It said, "These media allegations appear to be a concerted effort to discredit not only the bank but the Swiss financial market-place as a whole, which has undergone significant changes over the last several years."