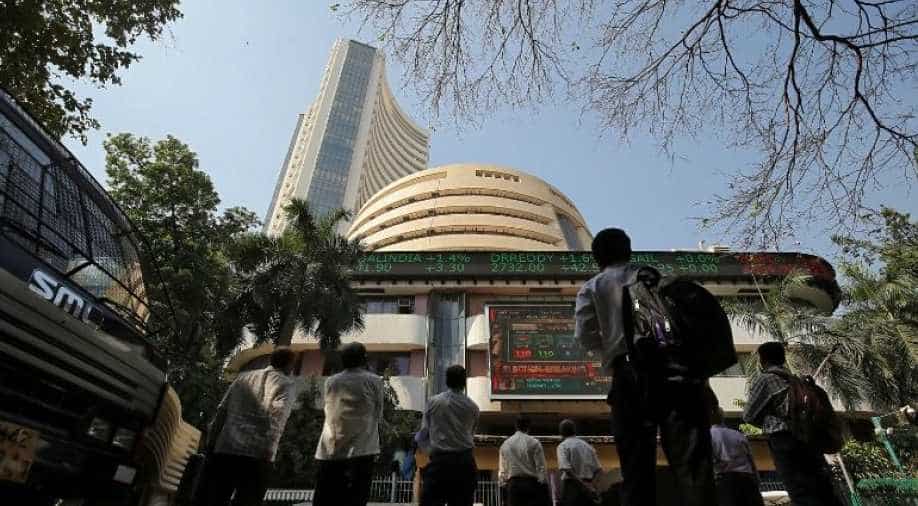 The cooling off of oil prices lifted market sentiment as India imports more than 85 per cent of its requirement. The international benchmark Brent crude futures fell by 4.1 per cent amid volatility in the previous session and traded around 65 dollars a barrel.

The rally was also be attributed to expectations as the government is readying a set of bold initiatives to be announced in the Union Budget for 2020-21 which could bring a quick turnaround in the economy.

Except for Nifty IT, all sectoral indices at the National Stock Exchange were in the green with Nifty realty ticking up by 2.73 per cent, auto by 2.68 per cent, PSU bank by 2.41 per cent and metal by 1.43 per cent.

Among stocks, JSW Steel was the top gainer at Rs 278 per share, up by 5.9 per cent. Private lenders ICICI Bank, IndusInd Bank and Yes Bank advanced by 3.7 per cent, 3.3 per cent and 2.9 per cent respectively while state-owned State Bank of India ticked up by 3.2 per cent.

Auto majors Tata Motors, Mahindra & Mahindra and Maruti gained by 5.4 per cent, 3.2 per cent and 2.9 per cent. Shares of Reliance Industries rose by 2.25 per cent at Rs 1,547.95 after Morgan Stanley said it expects strong growth in its retail and telecom businesses.

However, IT majors Tata Consultancy Services and HCL Technologies showed marginal losses along with Coal India, GAIL and Britannia.

Meanwhile, Asian stocks rebounded as the United States and Iran backed away from the brink of further conflict in the Middle East.

Trump responded overnight to an Iranian attack on US forces with sanctions, not violence. Iran offered no immediate signal it will retaliate further over a January 3 US strike that killed one of its senior military commanders.

Japan's Nikkei rose by 2.31 per cent, lifting stocks to their highest for the year so far. Hong Kong's Hang Seng climbed up by 1.68 per cent while South Korea's Kospi inched up by 1.63 per cent.

The Shanghai Composite index too moved up by 0.91 per cent after the government announced that China's Vice Premier Liu He, head of the country's negotiation team in US-China trade talks, will sign phase one of the deal in Washington next week.

Loans, EMIs to get costlier after RBI hikes rates for the sixth time in a row