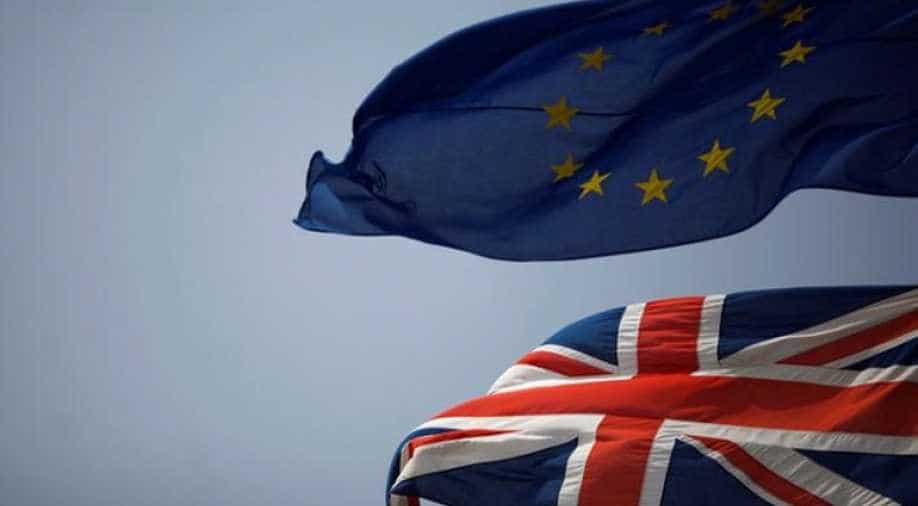 European politicians are threatening to clip the wings of the?London?financial centre that is home to more than 250 foreign banks and more than three-quarters of the EU's capital markets activity. Photograph:(Reuters)
Follow Us

A week after Britons voted themselves out of the European Union, many London-based bankers and their employers face two options if they are to secure their futures: lobby or leave.

Some investment banks, anxious not to stir speculation of an exodus from the historic city of London and its modern counterpart at Canary Wharf, have given out "business as usual" messages since last week's shock referendum result.

But beyond the soothing words the wider industry is hastily organising a lobbying effort in the hope London can keep selling financial services across Europe, a right to which it has become accustomed but may lapse when Britain finally exits the 28-nation bloc.

The alternative for banks and bankers, growing increasingly insecure in an information vacuum that has developed since the June 23 vote, is to get out. Headhunters report a level of anxious calls they haven't seen since the 2008 global crisis, with bankers asking about prospects in rival financial centres that remain in the EU, or those in Asia and the United States.

Banks and other financial firms have rallied together, forming a group to devise a strategy for protecting the turf of an industry that is Britain's biggest exporter, and accounts for more than 10 per cent of its tax revenues.

Even Britain's biggest lenders are relying on the group - led by Shriti Vadera, chairwoman of the UK arm of Spain's Banco Santander who is also a former business minister - for guidance in such uncertain times.

"We are looking to them to have an intelligent response," Barclays chairman John McFarlane told an industry event on Thursday. "We neither know the shape or direction of things to come. It's far from certain what we might be able to secure from discussions with the EU."

With the British government in disarray, European politicians are threatening to clip the wings of the London financial centre that is home to more than 250 foreign banks, and more than three-quarters of the EU's capital markets activity.

French President Francois Hollande has backed calls for London, the world's biggest currency trading centre, to lose its right to clear deals denominated in Euros. Likewise, the right of banks based in Britain to operate across the EU under the bloc's financial "passporting" arrangement could also go if it loses access to the single European market.

Britain has yet even to say when it will formally inform the EU of its intention to leave, a move that will start two years of divorce negotiations. Prime Minister David Cameron has said he will resign, but left the formal exit notification to his successor who is unlikely to be installed until September.

Leading "Leave" campaigners have also yet to say precisely what they want, beyond stating their desire to control the right of EU citizens to work in Britain - something Brussels says is impossible if the country wants to stay in the single market.

So while the financial sector is poised to lobby, it has little idea of whom it must present its case to on the British side.

"We are ready to talk, but we don't know who we should be talking to," said a senior banking industry source involved in the discussions. "No-one has defined 'leave', so we don't know what it is that we're dealing with ... September feels a very long way off."

Bankers said their message to European officials is that keeping Britain in the single market would be better for economic growth and jobs across the bloc. Fights over where banks do their business and forcing them into major overhauls of their operations would damage the broader financial system, they argue.

Some dislike being told what to do, such as HSBC Chairman Douglas Flint, whose bank decided only earlier this year against moving its headquarters from London. "Politicians can't dictate where things are done," he told Thursday's TheCityUK annual conference.

Sometimes the relationships needed for lobbying are only now being established. The benefits of passporting have meant that US investment banks in particular have rarely discussed broad market access issues with European officials, meaning they are starting their charm offensive from scratch.

Where to go next?

Rumours are swirling that banks and other financial firms, which together employ more than two million people across Britain, will move staff to the likes of Frankfurt, Paris or Dublin.

Investment banks Goldman Sachs and Morgan Stanley have moved quickly to quell speculation they are about to do so.

But some bankers, especially those involved in mergers and acquisitions, fear a repeat of the heavy job cuts, tumbling salaries and sky-high stress levels during the 2008-09 crisis.

"People in UK M&A know they aren't getting paid bonuses this year ... But that's just one of their troubles," said THS Partners Portfolio Manager Xavier Van Hove. "They know banks are going to have to fire people so they are very conscious of that. And the Europeans among them are wondering where they go next."

Stephane Rambosson, managing partner for the UK and head of financial services at headhunter DHR International, said he had taken more than a dozen calls from senior London-based investment, M&A and equity capital markets bankers in the past week.

The questions they asked were all the same: how safe is my job? Where will I need to move my family?

"The last time it happened was during the crisis, when people were equally concerned about job prospects and the direction of their careers," Rambosson said. "People know this is something they have to plan for but there's little for them to go on right now."

Some in the industry are contemplating leaving Europe altogether.

"We are getting more resumes every day from London," said Matthew Hoyle, who runs a financial services headhunting firm in Hong Kong. "I don't think many people in London are very keen to move to Paris, Frankfurt ... English is a problem there and it's really very different fromLondon."

Uday Singh, a New York-based partner with consulting firm AT Kearney, said he believes London-based financial executives will give serious thought to moving to the United States.

"The US actually has a pretty permissive immigration regime where qualified company executives are concerned. It's a matter of a couple of months of visa processing and the job can certainly be done from here," he said.

Leaders of British banking remain hopeful that the next government will negotiate continued access to the single market. For that reason, they say they are not yet ready to spend billions beefing up or launching subsidiaries in the EU.

"We are all working on multiple scenarios. For many firms, it would be premature to activate all that pre-referendum planning," said Clare Woodman, global chief operating officer for institutional securities at Morgan Stanley.

But others worry whether the industry - still tainted by the bank failures of 2008-09, "fat cat" bonuses and a magnet for public scorn - can secure the backing it needs.

"We won't gain much from trying to remind the electorate how important we are to them, we need to get other advocates for our industry," David Sproul, Chief Executive of Deloitte told the The City UK conference.

Meanwhile, London's rivals are moving aggressively to capitalise on its limbo by wooing bankers.

"Finance ministries are getting in touch. I won't say who we're talking to but, well, French-speaking, German-speaking, Spanish-speaking, Dutch-speaking, English-speaking countries are all interested," the senior banking source said.

"It's very much on the lines of 'we are sorry you got divorced, would you like to go on a date?'"