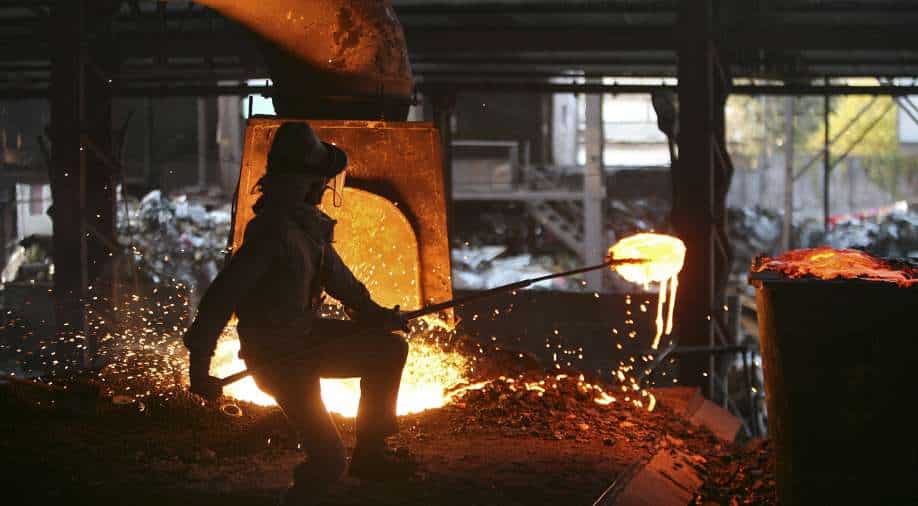 India's Economic Survey said the country is now 'well placed to take on the challenges of 2022-23' Photograph:( Reuters )

India was the fourth-largest forex reserves holder in the world after China, Japan and Switzerland, the Economic Survey report said today.

According to India's Economic Survey 2022, the country has fiscal space to do more to support the economy and has the legroom to boost spending to become the world's fastest-growing economy overtaking China.

India was the fourth-largest forex reserves holder in the world after China, Japan and Switzerland, it said.

The survey said economic activity has recovered to pre-pandemic levels with the impact of COVID-19 mainly felt on the suppy-side reforms.

The survey said the economy had contracted 7.3 per cent in 2020-21 as the coronavirus pandemic took hold in the country resulting in lockdowns across the nation at various times.

However, the survey said the country is now "well placed to take on the challenges of 2022-23".

"Advance estimates suggest that GDP will record an expansion of 9.2 per cent in 2021-22. This implies that the level of real economic output will surpass the pre-COVID level of 2019-20," the survey said while asserting that private sector investment is likely to pick up which will boost the economy.

The survey underlined that the economy is in a good position due to its "unique response strategy" with recovery seen in the second half of 2020-21 as it avoided severe impact during the second wave in April-June last year with rebond witnessed in government revenues in 2021-22 so far.

However, the survey cautioned that India should be wary of imported inflation due to rise in global energy crisis even as it said the economy is well placed to face the challenges in 2022-23.

The survey pointed out that the performance of the agriculture and the allied sector has been "resilient" amid COVID-19 shock.

"Growth in allied sectors including livestock, dairying and fisheries has been the major drivers of overall growth in the sector," it said.

The report said the sources of income across groups of agricultural households accounted for nearly 15 per cent of average monthly income.