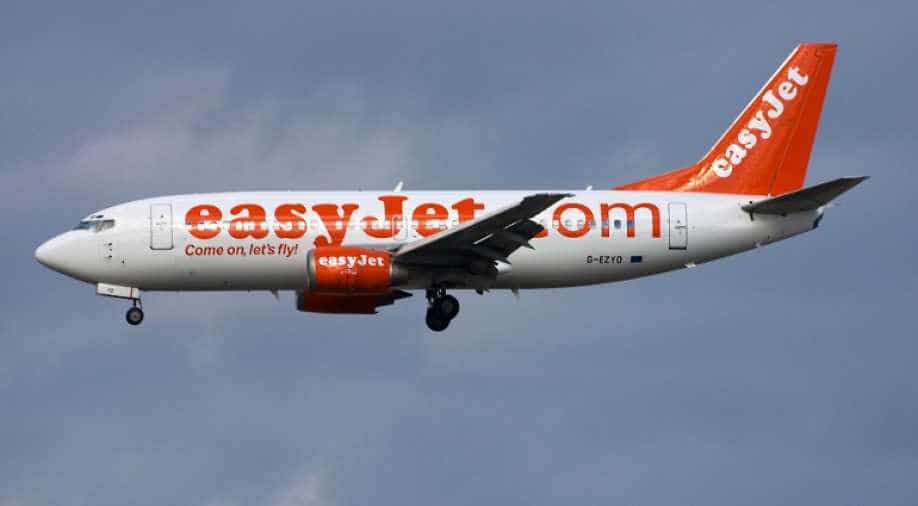 The carrier announced the news, expected to cost it around £25 million ($32 million, 29 million euros) in 2020, alongside a modest drop in annual profit as the short-haul sector faced challenging trade

British no-frills airline EasyJet on Tuesday made initial steps to reduce its carbon footprint, offsetting emissions from all flights in an industry first and revealing research into greener engines.

"I am proud that we have announced that from today we will be the world's first major airline to operate net-zero carbon flights across our whole network," said Chief Executive Johan Lundgren in a results statement.

"We are doing this by offsetting the carbon emissions from the fuel used for all of our flights.

"We recognise that offsetting is only an interim measure, but we want to take action on our carbon emissions now."

The carrier announced the news, expected to cost it around £25 million ($32 million, 29 million euros) in 2020, alongside a modest drop in annual profit as the short-haul sector faced challenging trade.

The carrier added its priority was to work on reducing its carbon footprint in the short term while researching new greener technology in the longer term.

"Through carbon offsetting, EasyJet will invest in projects to reduce carbon and carbon equivalents from the atmosphere," it said.

"EasyJet will compensate for every tonne of CO2 emitted from fuel used for its flights by ensuring there is one tonne less in the atmosphere."

The airline added it would do this by either "reducing CO2 by physically removing it from the air, eg by planting more trees, or by avoiding the release of additional CO2".

EasyJet also said Tuesday that its annual profit after taxation dipped 2.5 per cent to £349 million in the 12 months to the end of September, citing "challenging market conditions".

But revenues jumped 8.3 per cent to £6.4 billion on the back of record passenger numbers.

"The airline will also continue its long-term work to support the development of new technology, including electric planes so that European aviation can move towards becoming net-zero carbon."

It added: "As part of this work, the EasyJet and Airbus partnership has been established, to jointly research the opportunities and challenges of introducing hybrid and electric aircraft for short-haul flying in Europe."