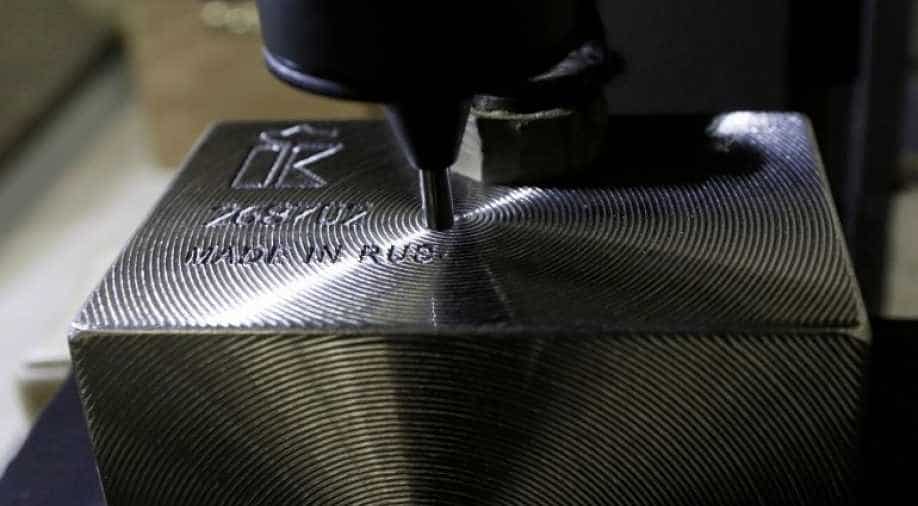 Palladium, used mainly in vehicle catalytic converters, has gained more than 57 per cent so far this year because of a sustained supply crunch.

Scarce palladium soared on Tuesday, nearing a breach of the $2,000 an ounce level for the first time, with a "phase one" US-China trade deal driving prospects of a pick-up in demand and helping the autocatalyst metal extend a record run.

"Supply is tight in the palladium market and when you're adding the speculation about a potential pick-up in demand due to recovery in the global economy, you have a perfect storm of bullish news continuing to keep it supported," Saxo Bank analyst Ole Hansen said.

However, he added: "Liquidity is poor, which means that if we see a correction, it can be quite brutal and could take palladium back down towards $1,850, although there are no signs of that right now."

The phase one trade deal has been "absolutely completed", a top White House adviser said on Monday. However, Chinese officials have been more cautious, emphasizing the dispute has not been completely settled.

Palladium, used mainly in vehicle catalytic converters, has gained more than 57 per cent so far this year because of a sustained supply crunch.

Elsewhere, gold prices rose due to uncertainty driven by a lack of concrete details about the interim trade deal.

The trade dispute will be an influencing factor for gold throughout next year, said Commerzbank analyst Daniel Briesemann, adding a phase two deal would be much more difficult since a lot of critical issues had been left out of the current agreement.

"We must be prepared for some volatility and uncertainty. It's not yet a done deal."

Gold, considered a safe investment during political and economic uncertainty, has gained about 15 per cent this year, mainly driven by the 17-month-long tariff war and its impact on the global economy.

Also helping bullion, European stocks slid from record highs on reports that Britain's prime minister was ready to play rough in Brexit talks, souring sentiment somewhat after a record rally during the Asian session on the trade optimism.