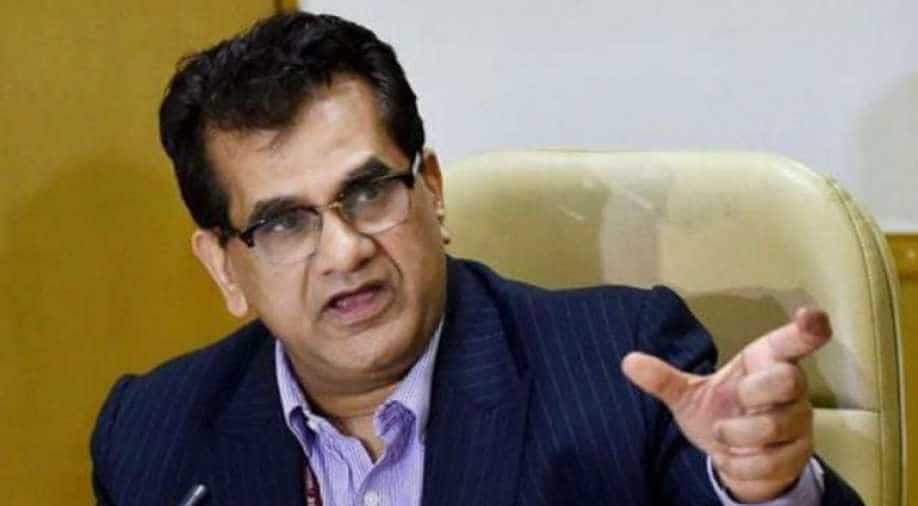 Speaking to ANI, Kant said, "The Union Budget 2019 is path-breaking. It is a very comprehensive budget. We are particularly delighted as Finance Minister has acknowledged role of Niti. But more important is the road map that she has set for laying down a vision for 5 trillion US dollars economy."

"We needed credit flow to take off, so Sitharaman has provided Rs 70,000 crores to the banks. She is focused on strategic disinvestment and asset monetization. This should bring in the role of the private sector in India," said Kant.

"The Finance Minister has also provided 100 lakh crore over a period of five years to drive infrastructure. With this, we are able to create roads, ports, airports and we will see a huge multiplier effect in the economy," he said.

NITI Aayog CEO further said, "The other key thing is that this budget pushes for a very unique ecosystem for startups. Sitharaman takes the issue of Angel tax. She pushes for digitisation in a very big way that merchants does not pay the extra amount. She pushes for an electric vehicle."

"Sitharaman has talked about large scale manufacture. She spoke of opening Foreign Direct Investment (FDI) in several areas like airports. She has opened up a single brand route which will enable the foreign mobile country to manufacture here. It is a massive thrust to manufacture," he said.

To a question about fiscal policy, Kant said, "Sitharaman brought the target of the fiscal deficit from 3.4 per cent to 3.3 per cent."

Talking about NITI Aayog's role, Kant said, "NITI Aayog will focus on every aspect of the budget like structural changes in agriculture. We will focus on Micro, Small and Medium Enterprises (MSMEs), electric vehicle and artificial intelligence as all these are areas of growth."

"MSMEs will play a critical role as it is a very big job creator. India can not grow without jobs and MSMEs will provide it," he added.