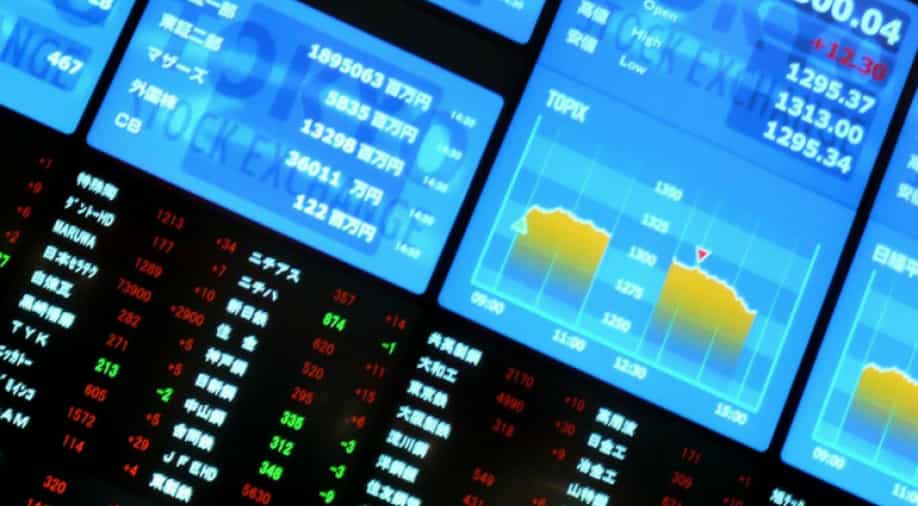 Asian stocks edged up on Wednesday as a late round of buying helped Wall Street indexes pare most of their earlier panic-driven losses, although crude oil struggled near two-month lows after Saudi Arabia flagged possible supply increases.

Asian stocks edged up on Wednesday as a late round of buying helped Wall Street indexes pare most of their earlier panic-driven losses, although crude oil struggled near two-month lows after Saudi Arabia flagged possible supply increases.

MSCI's broadest index of Asia-Pacific shares outside Japan rose 0.2 per cent following a decline of more than 2 per cent the previous day.

Global stocks suffered earlier this week on worries about US earnings, Italian government finances, US trade tensions and mounting pressure on Saudi Arabia over the death of dissident journalist Jamal Khashoggi.

Wall Street's three major indexes slumped early on Tuesday but ended well off the day's lows as investors snapped up beaten-down shares late in the session.

"We may see more bouts of 'mini panic' until the U.S. midterm elections, but the bottom line is that the US economy is in good shape and that should prevent sentiment from breaking down."

The dollar flagged against the yen, which is often sought in times of risk aversion. The US currency was at 112.43 yen after dropping 0.35 per cent overnight.

The greenback was also held down on a decline in Treasury yields, as the recent risk aversion drove investors to safe haven government bonds. The 10-year Treasury note yield was at 3.171 per cent after stooping to a three-week low of 3.111 on Tuesday.

Sterling briefly gained half a per cent against the dollar on Tuesday after a media report that the European Union could offer British Prime Minister Theresa May a UK-wide customs union to clinch a Brexit deal.

The pound's strength was fleeting, however, a sign the market remains unconvinced May can successfully sell any deal to her Conservative party colleagues and get it through parliament.

The dollar index against a basket of six major currencies was a shade lower at 95.924 after posting a modest loss the previous day.

In commodities, US crude futures traded at $66.33 per barrel after dropping roughly 4 per cent on Tuesday to a two-month low of $65.74.

Crude slid after Saudi Arabia said it could supply more crude quickly if needed, easing concerns ahead of US sanctions on Iran.