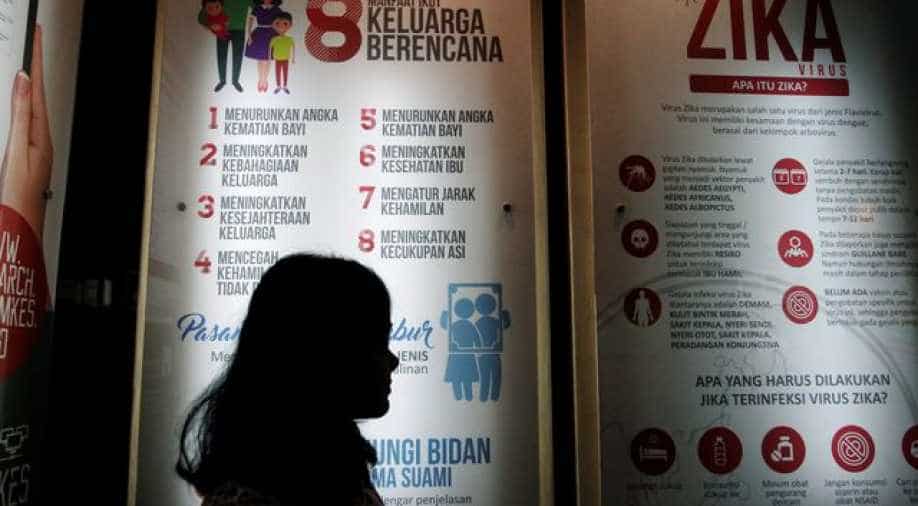 There have been some 2,300 confirmed cases worldwide of babies born with microcephaly, most in Brazil. Photograph:( Reuters )

Zika is no longer an international emergency, the World Health Organisation said on Friday, but said it would continue to work hard to contain the disease.

"The Zika virus and associated consequences remain a significant enduring public health challenge requiring intense action but no longer represent a PHEIC (international public health emergency of international concern)," the WHO panel said in a statement after an Emergency Committee meeting.

The downgrade comes after WHO said the challenges posed by Zika was similar to other other mosquoto-borne diseases -- Malaria and yellow fever.

The UN health agency insisted the problem caused by Zika virus still persisted but was not an international health emergency anymore.

The Zika virus can cause microcephaly, a rare birth defect, and other neurological disorders in infants and adults.

The virus has spread to more than 60 countries since its first outbreak in Brazil last year.

"The Committee agreed that Zika must now be managed within the World Health Organization as are other very important infectious diseases and other threats," Dr. David Heymann, chair of the Zika Emergency Committee, told a news conference.

But the UN health agency maintained recommendations including that people exposed to the Zika virus should take preventive measures for six months to avoid sexual transmission.

"It remains crucially important that pregnant women avoid traveling to areas with local transmission of Zika, because of the devastating complications that can occur in fetuses that become infected during pregnancy," the US Centers for Disease Control (CDC) said in a statement.

"We are not downgrading the importance of Zika. In fact by placing this as a longer program of work, we are sending the message that Zika is here to stay and WHO's response is here to stay in a very robust manner," said Dr. Peter Salama, Executive Director of WHO's Health Emergencies Programme.

There have been some 2,300 confirmed cases worldwide of babies born with microcephaly, most in Brazil, but the figure is most likely a "significant under-estimate", he said.