'You're fired': Twitter reminds Donald Trump his own signature style 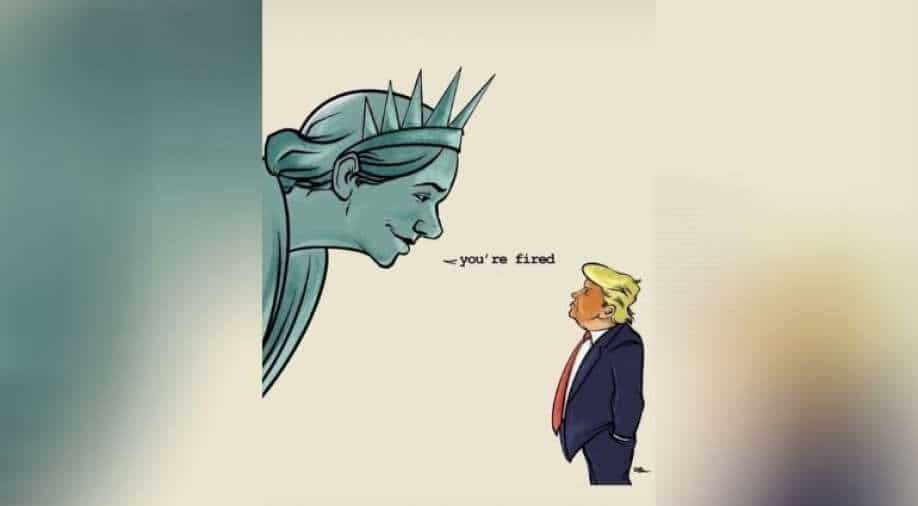 It took forever for the results of US election 2020 to come out, but in a sudden fashion, various US media organisations declare Joe Biden as the next president of the United States after he gained a decisive lead in the state of Pennsylvania.

And several Twitter users were not in any mood to give Donald Trump any respite as the social media giant suddenly accumulated various humorous posts on him.

One of the posts that went viral was shared by UK's The Guardian, in which a cartoon was made of democracy saying to Trump: "You're fired!" referring to Trump's style of ousting people.

The word "you're fired" was one of the most trending keywords on Twitter with several users posting images, videos and text posts based on it.

WWE's Vince McMahon saying "you're fired" to Trump was also garnering a lot of hits.

Songs like "are you ready to go" targetting Trump on Twitter were also getting viral as people cracked jokes on 'Donnie'.

A user also shared a group of t-shirt collections which has "you're fired" written on it.

Here are some of the other witty posts.

Meanwhile, despite the verdict, Trump is not expected to leave presidency easily as he continued to make false claims that the election has been rigged and in the latest post, he tweeted that he won the election, "by a lot", a claim that was again labelled by the platform for not being factually correct.