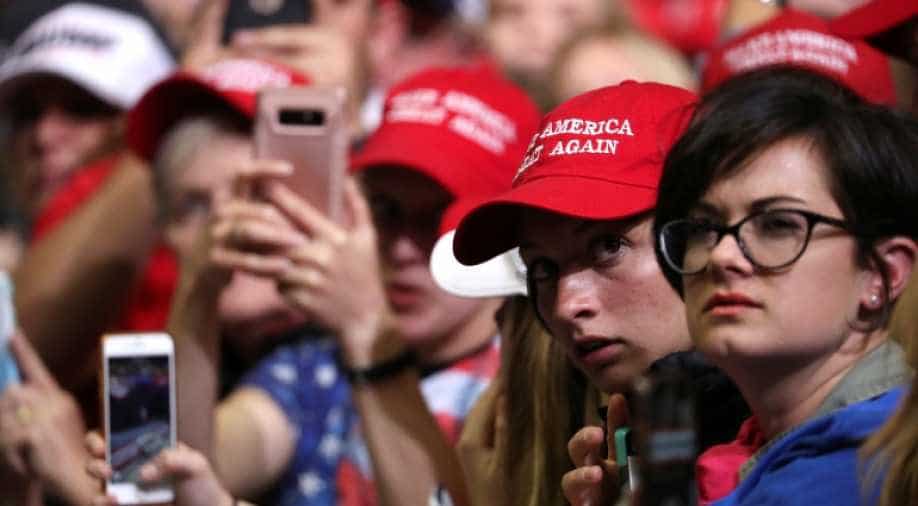 The US midterm elections on Tuesday will bring a range of fresh faces to Washington, from the vice president's brother to the youngest-ever woman in Congress.

The US midterm elections on Tuesday will bring a range of fresh faces to Washington, from the vice president's brother to the youngest-ever woman in Congress.

Here is a look at some of the most prominent of the new legislators:

At 29, staunch left-winger Alexandria Ocasio-Cortez is the youngest woman ever elected to Congress and one of the youngest members ever.

Until recently making ends meet as a bartender, Ocasio-Cortez scored an upset in a Democratic primary in New York City to defeat 10-term member Joe Crowley, one of the most powerful members of the party.

She easily won Tuesday against a Republican in the heavily Democratic and ethnically diverse district straddling Queens and The Bronx.

A supporter of leftist Senator Bernie Sanders -- who won his own re-election bid Tuesday -- Ocasio-Cortez has quickly become a national voice with her calls for a universal health care system, tuition-free public universities and the abolition of the US Immigration and Customs Enforcement, which has executed President Donald Trump's campaign to deport undocumented immigrants.

Face of change in Boston

Ayanna Pressley, 44, on Tuesday became the first African American woman elected to Congress from Massachusetts, representing much of the same area as John F. Kennedy.

In a story with parallels to Ocasio-Cortez, Pressley defeated a 10-term male incumbent, Mike Capuano, in the Democratic primary for a left-leaning district that includes much of Boston and Harvard University.

Like Ocasio-Cortez, Pressley cast her election as part of a need for better representation in the era of the #MeToo movement.

When she won the primary, she denounced President Donald Trump as "a racist, misogynistic, truly empathy-bankrupt man."

Politics has become a family affair for Vice President Mike Pence, with his brother Greg elected to his former congressional seat in Indiana.

The vice president took to Twitter to congratulate his brother, who easily won the solidly Republican and heavily white district in the Midwestern state.

The elder Pence has little political experience but touted his family ties and his business record.

Pence headed a chain of fuel suppliers and convenience stores under the name Tobacco Road -- which went bankrupt after facing claims worth $100 million.

For the first time, the US Congress will have Muslim women -- and two of them.

Ilhan Omar, a Somali refugee, won a House seat in a heavily Democratic district in Minneapolis, where she will succeed Keith Ellison, himself the first Muslim elected to Congress.

Rashida Tlaib, a social worker born in Detroit to Palestinian immigrant parents, won a House seat in a district where she ran unopposed by a Republican candidate.

Tlaib has vehemently opposed Trump -- even heckling the then-candidate during a 2016 campaign appearance in Detroit.

"I didn't run because my election would be historic. I ran because of injustices and because of my boys, who are questioning their identity and whether they belong," Tlaib told ABC News in August.

Davids, 38, is an attorney by training and a former mixed martial arts fighter. She is also openly lesbian, in a state that is traditionally conservative.

Davids -- who was raised by a single mother Army veteran -- won a district that includes Kansas City and its southern suburbs.

She wore a T-shirt in her campaign advertisements that read, "Strong, Resilient, Indigenous."