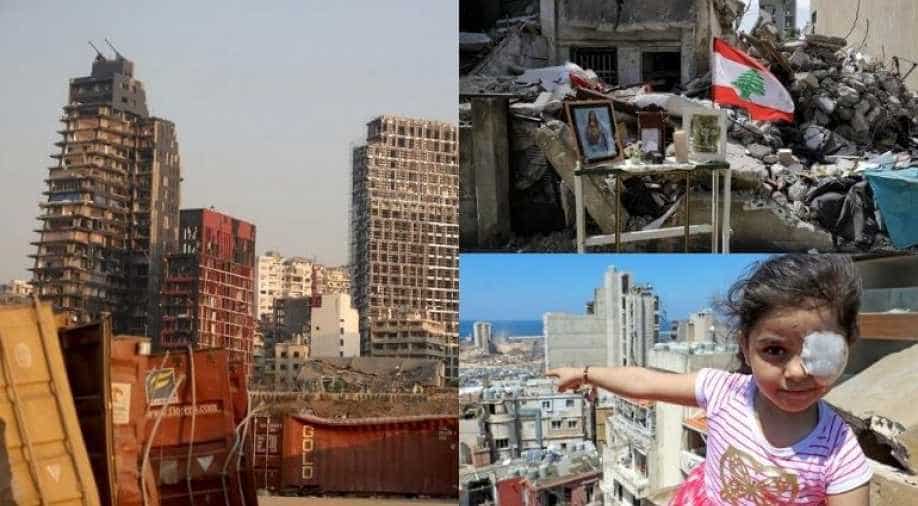 The August 4, 2020 explosion killed more than 200 people, wounded at least 6,500 others and damaged swathes of the capital

A year after a monster explosion at Beirut's port, one in three families in Lebanon have children still showing signs of trauma, the UN said Tuesday.

"One in three families has children still showing signs of psychological distress," said the UN agency for children, UNICEF, citing a July survey of 1,200 families.

"In the case of adults, the figure reaches almost one in two (45.6 percent)," it added in a report published on the eve of the blast's first anniversary.

The August 4, 2020 explosion killed more than 200 people, wounded at least 6,500 others and damaged swathes of the capital.

In the year since, Lebanon has also had to grapple with the coronavirus pandemic and a spiralling economic crisis branded by the World Bank as one of the planet's worst since the mid-19th century.

"Those families have been struggling to recover from the aftermath of the explosions at the worst possible time – in the middle of a devastating economic crisis and a major pandemic."

A UNICEF survey in July found that almost all families that requested assistance in the wake of the Beirut port blast still need help, especially cash and food assistance, the agency said.

Many who lost employment because of the blast have yet to find work, UNICEF added, as Lebanon grapples with soaring poverty, rampant inflation and shortages of basic items from medicine to fuel.

"Children's lives are at risk as the escalating crisis is leaving most families unable to afford their basic needs," Mokuo said.