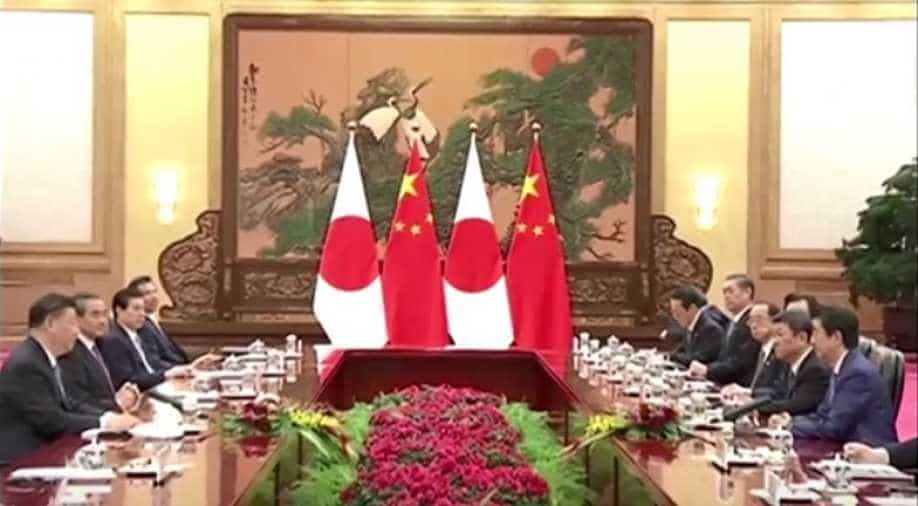 The Japanese PM hopes to expand practical cooperation with China in trade, investment, innovation, tourism, culture, sports and other areas

''With the world undergoing major changes rarely seen in a century, China and Japan should form a strategic consensus that steers bilateral relations on the right path of mutually beneficial cooperation despite differences, transform their competition into coordination, and properly handle sensitive issues'', Xi said.

According to Xi, the relationship between the two countries is facing important developments. He asserted his country's stand on maintaining close communication with the Japanese side. He hopes to benefit more people through cooperation.

''China and Japan should enhance mutual trust in security, safeguard the multilateral mechanism and uphold free trade'', he added.

Abe praised the current momentum of relations between both countries. Abe said that this relationship is important for the peace, stability and prosperity in the Asia-Pacific region and the world.

The Japanese PM hopes to expand practical cooperation with China in trade, investment, innovation, tourism, culture, sports and other areas.

''The two countries should strengthen communication and coordination on regional issues'', he added.

Abe is in China for the 8th China-Japan-ROK leaders' meeting, which will take place in China's southwestern city of Chengdu on Tuesday. Chinese Premier Li Keqiang will chair the meeting.

Xi called on the two countries to expand practical cooperation in various sectors.