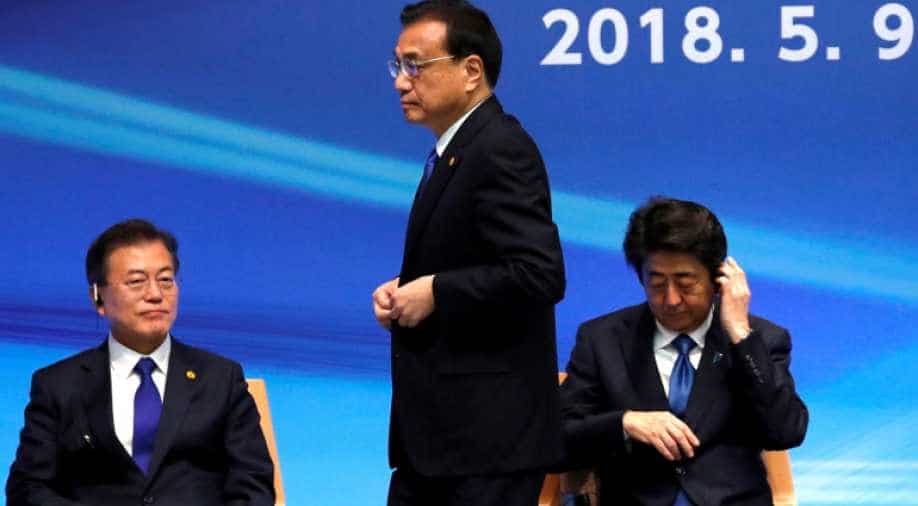 The leaders of all three countries are holding their latest meet amid feuds over trade, military manoeuvrings and historical animosities.

With a day to go for the trilateral summit, China, Japan and South Korea are preparing for talks amid heightened regional tensions.

The leaders of all three countries are holding their latest meet amid feuds over trade, military manoeuvrings and historical animosities.

"As close neighbours, it is normal for China, Japan and ROK to have differences in history and territory and other issues," China's vice-foreign minister Luo Zhaohui said, adding, "the key point is that the three sides should work together to manage and control the differences and in the meantime should prevent external disturbances. The leaders of the three nations enjoy high consensus in this regard."

Ahead of the meet, the Chiese foreign ministry had said that ties between Tokyo and Seoul remain strained over trade and security issues as well as compensation for wartime forced labour.

Chinese vice foreign minister Luo Zhaohui told reporters that the summit's aim was to "have a constructive effect on achieving peace and stability on the Korean peninsula" even as US-North Korea talks over denuclearisation have not seen any progress.

Luo said China "did not feel that the disagreement between South Korea and Japan had any negative influence on trilateral cooperation" while adding that the three leaders would discuss "accelerating" negotiations for a trilateral free trade deal.