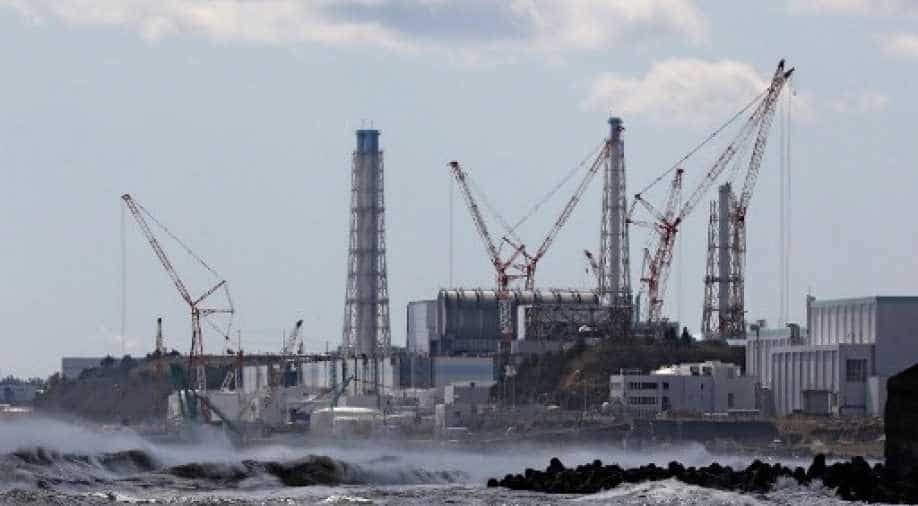 The world's worst nuclear disaster since Chernobyl and the tremor have left survivors struggling to overcome the grief of losing families and towns to the waves in a few frightening hours on the afternoon of March 11, 2011

Japan fell silent on Thursday to mark 10 years since the worst natural disaster in the country's living memory: a powerful earthquake, deadly tsunami and nuclear meltdown that traumatised a nation.

Huge waves triggered by the 9.0-magnitude quake - one of the strongest on record - crashed into the northeastern coast, crippling the Fukushima Dai-ichi power plant and forcing more than 160,000 residents to flee as radiation spewed into the air.

The world's worst nuclear disaster since Chernobyl and the tremor have left survivors struggling to overcome the grief of losing families and towns to the waves in a few frightening hours on the afternoon of March 11, 2011.

At 2:46 p.m., the exact moment the earthquake struck a decade ago, Emperor Naruhito and his wife led a moment of silence to honour the dead in a commemorative ceremony in Tokyo. Silent prayers were held across the country.

Prime Minister Yoshihide Suga told the memorial ceremony that the loss of life was still impossible to contemplate.

"We must never let the valuable lessons learned from the great sacrifices made in the disaster fade away.''

In a joint statement, Suga and his U.S. counterpart Joe Biden said the two countries would continue to move forward shoulder-to-shoulder to finish the reconstruction of the region.

The Japanese government has spent about $300 billion (32.1 trillion yen) to rebuild the region, but areas around the Fukushima plant remain off-limits, worries about radiation levels linger and many who left have settled elsewhere.

Japan is again debating the role of nuclear power in its energy mix as the resource-poor country aims to achieve net carbon neutrality by 2050 to fight global warming. But an NHK public TV survey showed 85% of the public worries about nuclear accidents.

The work to decommission the wrecked Fukushima Dai-ichi plant, deal with contaminated water and solid waste, and make the area safe is immense, as critics say it could take up to a century to return the plant to a usable state.

About 5,000 workers pass through gates each day to work on dismantling the crippled plant, which still has about 880 tonnes of melted fuel debris in its reactors.

The mass demonstrations against nuclear power seen in the wake of 3/11 have faded, but distrust lingers. Some protesters held an antinuclear rally in front of the headquarters of plant operator Tokyo Electric Power on Thursday night.

A decade on, the disaster has shaped Japan's preparations for natural disasters, with many towns along the coast building new or higher sea walls.

Evacuation routes and plans have been refined and improved in a country that regularly deals with disasters ranging from typhoons to earthquakes.

Nuclear energy is still the world's second-largest source of low-carbon power as it provides 10 per cent of the world's electricity.

Canada has 19 operable nuclear reactors that generate 15 per cent of the country's electricity.

The United States has 94 nuclear reactors that generate 20 per cent of its electricity...

The United Kingdom has 15 nuclear reactors that generate 16 per cent of its electricity...

In South Korea there  24 nuclear reactors account for 26 per cent of the electricity.

In Russia, there are 38 reactors are generating 20 per cent of the electricity.

49 nuclear reactors in China are generating 5 per cent of the country's electricity.

Scientists say that these power plants are the safest way to produce electricity but meltdowns like the one in Chernobyl and Fukushima reveal just how vulnerable people are.

In 2018 Greenpeace activists in France --- broke into a nuclear plant to illustrate its vulnerability lawmakers even declared that the plant could easily be accessed by terrorists...

Meanwhile, in the United States, nuclear plants are running out of ways to store highly radioactive waste. The Yucca mountain in Nevada, the site selected for dumping waste, is a place that is both volcanically and seismically active.

In India, nuclear plants have operated safely during earthquakes because most of them are in weak seismic zones. Although they lie in coastal areas they have never really been tested against a tsunami, except in 2004 --- when the Kalapakkam atomic reprocessing plant was flooded when a tsunami hit the Tamil Nadu coast.

The Fukushima tragedy was a failure in acknowledging environmental risks. The tragedy is far from over for hundreds of thousands of Japanese people as some 40,000 people are still displaced by the disaster.