World Humanitarian Day 2021: History, significance, challenges and all you need to know 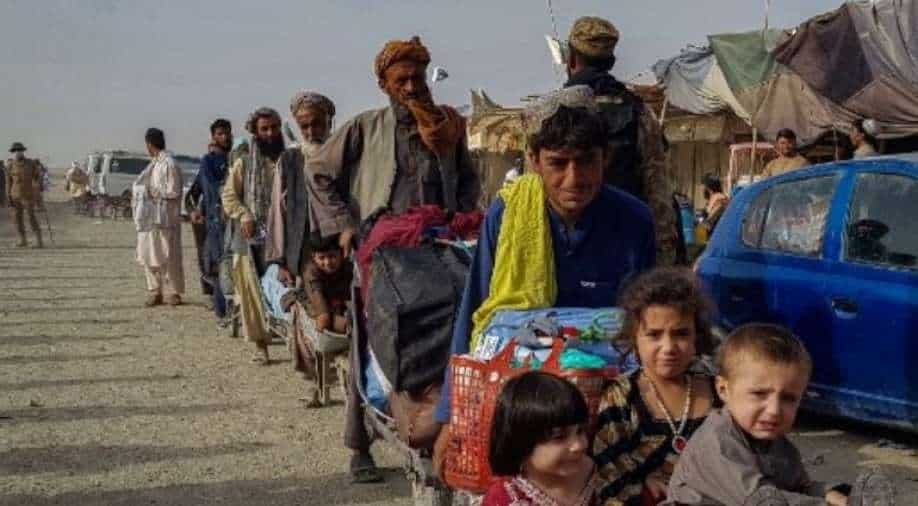 Afghan nationals queue up at the Pakistan-Afghanistan border crossing point in Chaman on August 17, 2021 Photograph:( AFP )

The UN General Assembly in 2008 declared August 19 World Humanitarian Day as a way to mark the 22 UN and aid agency workers, including Special Representative of the Secretary-General to Iraq, Sergio Vieira de Mello, who died during a 2003 bombing of the organization’s Baghdad headquarters

World Humanitarian Day is celebrated annually on August 19 to pay tribute to humanitarian workers killed and injured in the course of their work, and to honour all aid and health workers who continue, despite the odds, to provide life-saving support and protection to people most in need.

The UN General Assembly in 2008 declared August 19 World Humanitarian Day as a way to mark the 22 UN and aid agency workers, including Special Representative of the Secretary-General to Iraq, Sergio Vieira de Mello, who died during a 2003 bombing of the organization’s Baghdad headquarters.

Every day, brave humanitarians around the world step up to help others & save lives despite multiple challenges and threats.

On Thursday's #WorldHumanitarianDay, we pay tribute to those real life heroes. pic.twitter.com/sWSwTPP0gR

This year's World Humanitarian Day (19 August 2021) is devoted to dealing with the climate crisis, the single biggest health threat facing humanity. This day is a crucial milestone in the lead-up to the COP26 summit in November when leaders from 196 countries will meet to agree action to get climate change under control.

The most vulnerable communities are at the greatest risk from climate change, and they have done the least to cause it.

This #WorldHumanitarianDay, join the #TheHumanRace: a global challenge for climate action in solidarity with those who need it the most.@UNOCHA | #COP26

As the world witnesses record-breaking heatwaves, catastrophic storms, and changing weather patterns, it is fitting that the theme of World Humanitarian Day should be the climate crisis.

The humanitarian crisis in Afghanistan

Since the Taliban entered Kabul over the weekend, scenes of chaos have unfolded as thousands seek to leave, fearing a return to the austere interpretation of Islamic law imposed during the previous Taliban rule that ended 20 years ago.

Under the Taliban's 1996-2001 rule, women were prevented from working, girls were not allowed to go to school and women had to wear all-enveloping burqas to go out.

UNHCR, the UN Refugee Agency, has said Afghanistan is experiencing a humanitarian crisis due to the escalating conflict brings increased human suffering and civilian displacement.

An estimated 270,000 Afghans have been newly displaced inside the country since January 2021, primarily due to insecurity and violence, bringing the total uprooted population to over 3.5 million.

In 2021, 235 million people will need humanitarian assistance and protection.

This number has risen to 1 in 33 people worldwide, a significant increase from 1 in 45 at the launch of the Global Humanitarian Overview 2020, which was already the highest figure in decades. The UN and partner organizations aim to assist 160 million people most in need across 56 countries and will require a total of $35 billion to do so.

Families forced to flee their homes in recent weeks cite the worsening security situation as the predominant reason for their flight.

In addition to ongoing fighting, displaced civilians have told UNHCR and partners of incidents of extortion by non-state armed groups and the presence of improvised explosive devices (IEDs) on major roads. Many have reported interruptions to social services and a loss of income due to rising insecurity.

The number of civilian casualties has risen 29 per cent during the first quarter of this year compared to 2020, according to UN Assistance Mission in Afghanistan. An increasing proportion of women and children were among those targeted.