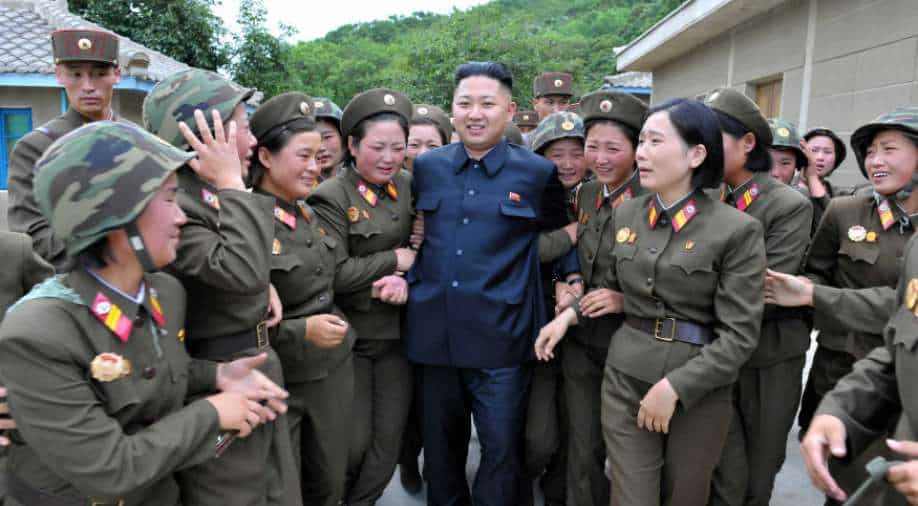 Since 2015, all North Korean women have been forced to serve in the military, with each woman expected to serve from the time she graduates high school until she is 23 years old.

A female North Korean soldier describes the misery she faces in Kim Jong Un's army, where she faces sexual assault, abortions without anaesthesia, and malnutrition.

A former soldier described the difficult life she and other female soldiers had in the army.

According to her, up to 70% of women are subjected to sexual assault or harassment.

They get by on a few spoonfuls of corn each day and are subjected to group punishments.

Women are compelled to use sanitary pads made from worn footwraps.

According to an exiled North Korean, sexual torture, abortions without anaesthesia, and starvation rations are among the horrors women suffer in Kim Jong Un's army.

Jennifer Kim, a former soldier, said female combatants were forced to use damp footwraps as sanitary pads and were subjected to cruel and unusual collective punishments.

One punishment consisted of soaking the hands in cold water and then hanging from an iron rod that froze to the palms, tearing the flesh off when freed.

She believed that 70 percent of women in North Korea's army, including herself, had been sexually assaulted or harassed.

According to a report by Dailymail, Jennifer Kim, 23, said, "If I refuse his request, I can't become a member of the Workers' Party of Korea.

If I return to society without being able to attend the party, I'm perceived as a problem child and I will be stigmatised for the rest of my life.

That means you won't be able to get a good job, and it will be a problem when you try to marry. What could I have chosen?

In the end, I was sexually assaulted by him.