Woman hasn't eaten fruit or vegetables in 22 years, lives on chicken nuggets due to phobia 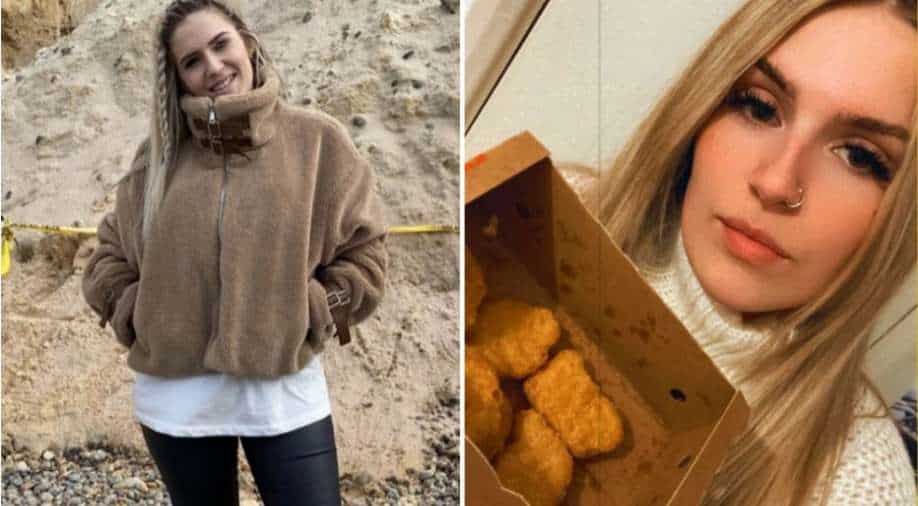 Summer Monro, 25, suffers from avoidant restrictive food intake disorder (ARFID) and the thought of eating an apple or a banana is enough to make her gag. Photograph:( Twitter )

A British woman who suffers from a rare illness that causes her to gag when she eats most foods has described the one meal she can eat.

A British woman has said she hasn't eaten fruit or vegetables in 22 years and claims to be perfectly healthy on a diet of chicken nuggets, fries, and potato chips.

Summer Monro, 25, has an avoidant restricted food intake disorder (ARFID), which makes her gag just thinking about eating an apple or a banana.

"I can’t remember the last time I ate a fruit or vegetable," Summer said.

"It’s not that I don’t want to try. It just makes me feel sick, and there’s a part of my brain that physically won’t let me do it."

She claimed that her phobia originated when she was about three years old, when she tried to eat an apple but "physically couldn't."

She claims it was ignited, she claims, after she was forced to eat mashed potatoes against her will one night.

Summer turned down her grandfather's offer of £1,000 ($1800) to eat a single pea because the situation was so dire.

"I just can’t see myself changing," she said.

"I like the smell of food, but if I try to eat it, it makes me physically sick. As soon as it touches my lips, I can’t do it. "

Summer's diet consists of skipping breakfast and eating a bag of potato chips at lunch as a result.

Her dinner consists of six to eight chicken nuggets with a side of fries every night.

Surprisingly, the picky eater claims to be in excellent health and does not take any vitamins or supplements.