Woman followed and fatally stabbed in her Chinatown apartment 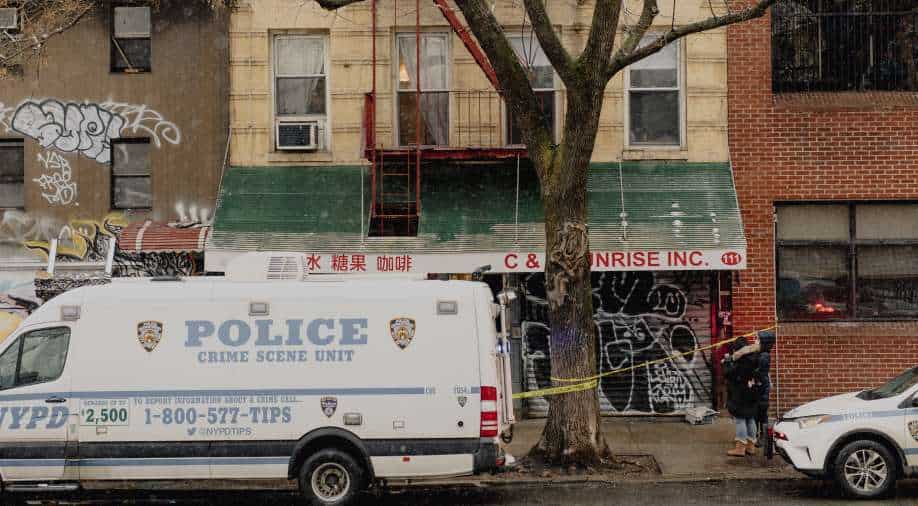 The woman, whom police identified as Christina Yuna Lee, was the latest person of Asian descent injured or killed in a string of random attacks in New York City, many of them committed by people who had severe mental illness

A 35-year-old woman was stabbed to death inside her lower Manhattan apartment early Sunday by a man who had followed her from the street and into her building, police said.

The woman, whom police identified as Christina Yuna Lee, was the latest person of Asian descent injured or killed in a string of random attacks in New York City, many of them committed by people who had severe mental illness.

Surveillance video obtained by the New York Post shows Lee being trailed to her building on Chrystie Street in Chinatown by a man who catches the door behind her and follows her inside. In the video, Lee enters the building vestibule minutes before 4:30 a.m. and walks down the hallway and out of the camera’s view as the man, identified by police officials as Assamad Nash, 25, trails her.

Neighbors called police a short time later about a disturbance, police said, and when they got to the building, the door to Lee’s apartment was locked, and Nash had barricaded himself inside.

When Emergency Service Unit officers arrived and broke in, police officials said, Lee was found dead in her bathtub. Nash tried to escape out of a back window, police said. He was arrested inside the apartment, they said. He had cuts and lacerations and was taken to Bellevue Hospital.

Lee was a Rutgers University graduate and worked as a senior creative producer at Splice, an online platform for digital music, a company spokesperson confirmed. She had also worked on photo and video campaigns for brands such as Marriott International and Equinox, according to her website.

Nash has a history of misdemeanor arrests, court records show, including an incident in September in Grand Street station, near the building where the killing occurred, when a 62-year man told police that Nash had punched him in the face after the man swiped his MetroCard for another passenger.

Though police have not called the killing a hate crime, attacks against Asian Americans have been on the rise since the onset of the coronavirus pandemic. Last December, the Police Department reported that such attacks were up 361% from the previous year, and last month, Michelle Alyssa Go, a 40-year-old Asian American woman, was pushed to her death while waiting for a southbound R train at Times Square.

Last week, Jarrod Powell, 50, was charged with second-degree murder as a hate crime in the death of Yao Pan Ma, a 61-year-old Chinese immigrant, who died Dec. 31 from injuries he suffered in an East Harlem attack in April.

Police officials said it does not appear Lee knew her attacker or had any prior contact with him before he followed her home.

She lived in a six-story walk-up steps from the Grand Street subway station. As snow fell Sunday afternoon, police guarded the building, allowing only residents and detectives to enter. A small grocery store advertising cigarettes and soda in Chinese was shuttered.

Andrew Oaks, 30, who lives in the building, said that he was awake at 4:30 a.m. when he heard screams that “sounded like something out of a movie.” He added that he “thought nothing of it,” until he heard banging on the door and police began questioning residents later in the morning.

In a tweet Sunday afternoon, Mayor Eric Adams called the stabbing “horrific,” saying “we stand with our Asian community today.”

“While the suspect who committed this heinous act is now in custody, the conditions that created him remain,” Adams said in an official statement shortly after his tweet. “The mission of this administration is clear: We won’t let this violence go unchecked.”

Assemblywoman Yuh-Line Niou, who represents the district, called the details of the attack a “worst nightmare scenario.”

“She was still screaming and fighting for her life, and they weren’t able to get to her for almost an hour and a half,” Niou said.

She said she was emotionally drained from the string of rallies she and other Asian American community leaders have had to attend in recent weeks, including one two days ago about a Korean diplomat who was assaulted.

“This has happened so many times, and we have attended too many vigils,” she said.

Nash had been arrested at least four times last year on misdemeanor charges, including assault, harassment and selling a fare card, court records show. Three of the cases remain open, according to online court records. A spokesperson for the Legal Aid Society, which is representing him in the open matters, declined to comment.

Police released Nash with a desk-appearance ticket in the assault case and in an earlier arrest in connection with the unlawful sale of a fare card, according to court records shared by the Manhattan district attorney’s office. At his arraignment on Oct. 13 in the assault case, the judge released him without bail, the records show.

On Jan. 8, Nash was arrested again and charged with criminal mischief and possession of a forged instrument. According to a criminal complaint, he disabled several MetroCard vending machines at Herald Square, Penn Station and Second Avenue over a monthlong spree. When he was arrested, police said, he tried to escape from a holding van after police found bent MetroCards in his pockets.

At his arraignment, a judge put Nash under supervised release, requiring him to check in three times a month, twice in person and once by phone, according to the records.