With announcement on Chengdu consulate closure, US, China battle set to intensify 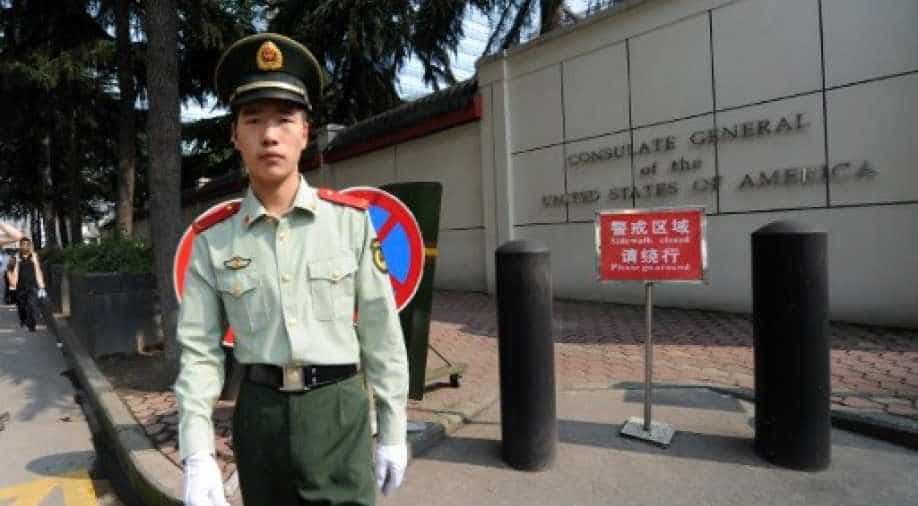 China paramilitary policeman at the entrance of the US consulate in Chengdu Photograph:( AFP )

The US has accused China of snooping through the Houston consulate and now China is retaliating on similar grounds.

In a tit-for-tat diplomacy, China has asked the United States to close its consulate in Chengdu after Washington shut down Beijing's consulate in Houston.

The US has accused China of snooping through the Houston consulate and now China is retaliating on similar grounds.

Also read | People in US consulate in Chengdu interfered in our internal affairs: China

Chengdu, which lies in Sichuan province, is a hub for China's commercial expansion into Central Asia.

The region has been a valuable outpost for the US too as reports suggest it is from this consulate that Washington used to gather information about Xinjiang and Tibet.

Xinjiang and Tibet have been in international focus after China began crackdowns in these regions.

Chinese celebrated the decision to shut down Chengdu consulate and it was the top trending topic on Weibo, Chinese version of a social-media website similar to Twitter.

Hot pots are a popular food in Chengdu and now some users on social media are suggesting that the American consulate could be turned into a hotspot restaurant.

Several people were seen outside the consulate, who apparently wanted to see if the US will burn any documents.

Earlier, Chinese diplomats had burnt some documents in Houston following the announcment by the US.

The Americans didn't burn any documents, but some crackers were set off.

The US has been given 72 hours to shut down the consulate and the country is not looking to buckle, in fact, it seems, US is willing to take on China.

In recent weeks, the US has sanctioned Chinese officials, cut off access to the American technology and challenged Beijing on the South China Sea.

US Secretary of State, who has constantly ramped up pressure on China, today described the Asian giant a "frankenstein" and declared that Washington will lead the fight against the Communist Party.

Washington and Beijing are battling on several fronts, be it defence, trade, technology and human rights and the closure of the American consulate suggests that the tussle is all set to intensify.