With an eye on China, Taiwan is developing new advanced missiles, drones 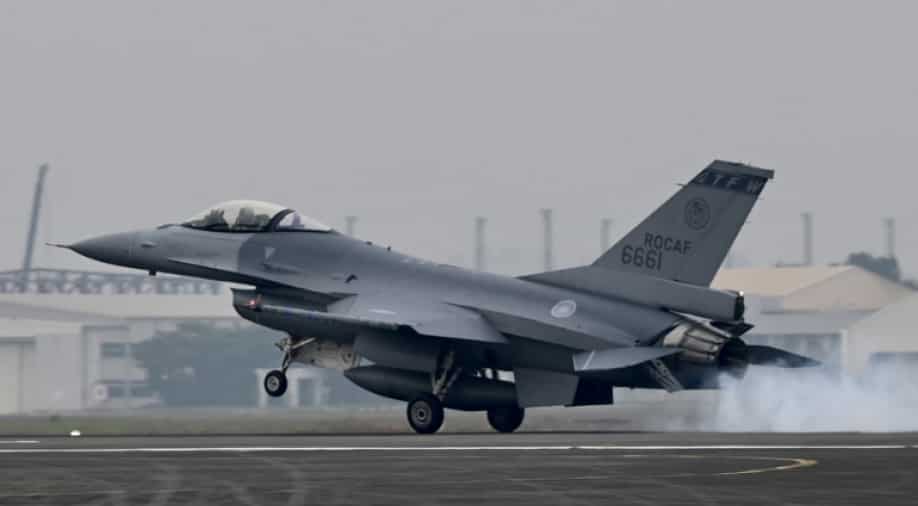 An armed US-made F-16V fighter lands on the runway at an air force base in Chiayi, southern Taiwan Photograph:( AFP )

Taiwan is developing new advanced missiles and drones to attack enemy air bases according to its military-owned National Chung-Shan Institute of Science and Technology.

The country's defence ministry has said that it is planning to double Taiwan's annual missile production capacity.

"It could greatly boost the national army's capacity to delay or paralyse the Communist forces' pace of an invasion of Taiwan, making it hard for them to achieve a rapid war," a researcher at Taipei-based National Policy Foundation, Chieh Chung told Reuters.

Political analysts have predicted that China can use Russia's invasion of Ukraine as an opportunity to attack Taiwan.

Beijing claims Taiwan is an inalienable part of the country under the ''one-China'' policy and if it resists it will be seized by force.

According to M. Taylor Fravel, director of the security studies program at the Massachusetts Institute of Technology, “The big question Xi Jinping and the PLA leadership must be asking in light of Russian operations in Ukraine is whether a military that has undergone extensive reform and modernisation will be able to execute operations that are far more complex than those Russia has undertaken during its invasion of Ukraine.”

Earlier, Chinese Defence Minister Wei Fenghe said, "If the Taiwan issue were not handled properly, it would have a damaging impact on Sino-US relations."

"China hopes to establish a healthy and stable major-country relationship with the US, and will also defend its national interests and dignity."

“Beijing demands that the United States stop military provocations at sea and not use the Ukrainian issue to discredit, frame, threaten and pressure China,” he added.

Taiwan's President Tsai-ing Wen had approved an additional $8.20 billion in military spending last year due to a rise in the number of Chinese planes breaching Taipei's air defence identification zone.

This will be utlised for on anti-ship weapons such as mass-produced homegrown missiles and ''high-performance'' ships.

US Secretary of Defence Lloyd Austin had said that Washington will the first batch of MQ-9 Reaper drones to Taiwan by 2025.