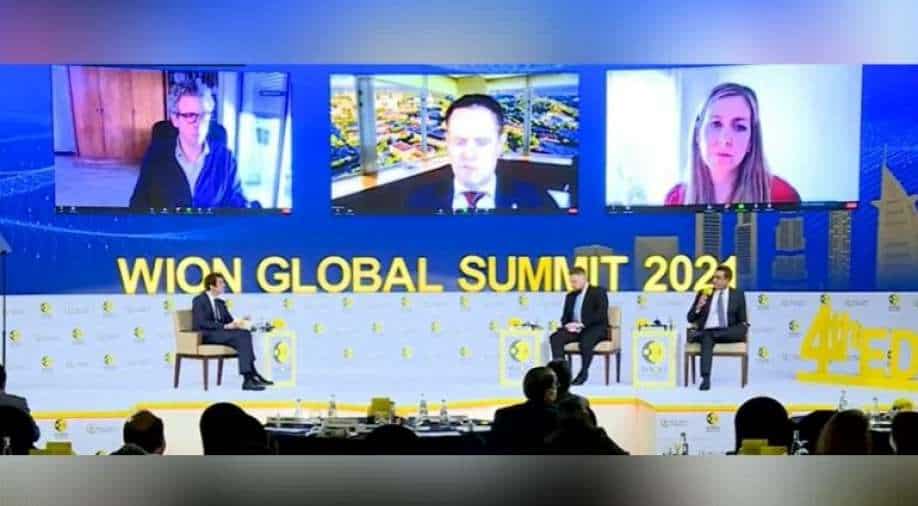 Kaimar Karu, Former Minister of Foreign Trade and Information Technology, Republic of Estonia explained how the country decided to put focus on the internet after it regained independence

At WION's Global Summit, Dubai, several prominent speakers from across the world discussed the role that digitalisation played during the Covid pandemic.  At the session themed "Digital Revolution: The World Goes Online", moderated by international TV journalist Ali Aslan, the discussions revolved around the various aspects of the internet that were seen during the pandemic, its challenges and opportunities.

Sharing the success story of the internet in Estonia, Kaimar Karu, Former Minister of Foreign Trade and Information Technology, explained how the country decided to put focus on the internet.

"We decided to do something which was best in the world and something that didn't exist at the time," Karu said.

"There are huge opportunities with digitalisation for creating new jobs, economy for the future, making traditional sectors more competitive."

She also pointed out "huge challenges", such as how to bring digital rights into the international agenda and how to battle the digital divide.

Karu warned that we should understand that the digital revolution is not just about "technology", warning that the focus should be on people, otherwise we are heading in the "wrong direction".

Audrey Tang, Digital Minister, Taiwan, said that there is much more in digital technology than "two dimensions" that are known and a lot can be improved upon.

It needs to be understood that productivity is not decreasing due to work from home, noted Jehudi Castro, Former Deputy Minister, Digital Economy, Colombia.

According to Galindo, the "biggest challenge" that we are currently facing is how to make this digital transformation "affordable" and "accessible" for everyone.

Gilles Babinet, Digital Champion at the European Commission for France, said that the challenges in the decades and years to come would be to make this technology accessible to developing countries and poorer sections of the society.

Lacey said that one of the most important positives of these technologies is that it provides a "level-playing field" to everyone and generate "economic empowerment" to areas that were struggling before the pandemic to survive.