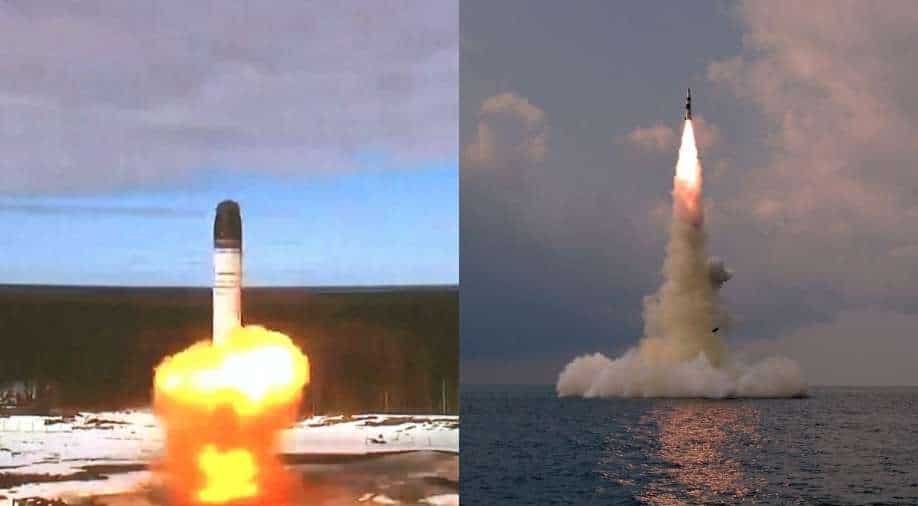 Several nations like Russia and North Korea have been firing up new missiles to flex their muscles recently (file photo). Photograph:( Reuters )

To safeguard or counteract, the world has come up with different alliances, like NATO, Quad, Aukus, etc. The million-dollar question is that is it resolving the issue or just fueling hatred or misconceptions?

In recent years, the world has been witnessing several cold wars. Be it between the US and Russia, the US and China or other big powers, there have been several conflicts brewing in the world lately.

Every other world power seems to be flexing their muscles more than ever to exert influence. China is threatening Taiwan, Russia has already launched invasion of Ukraine, North Korea has been firing up missiles to scare the US, Japan and South Korea, etc.

Most of the conflicts seem to arise from the flexing of muscles and can be easily solved with discussions and talks. But is anybody ready to listen?

To safeguard or counteract, the world has come up with different alliances, like NATO, Quad, Aukus, etc. The million-dollar question is that is it resolving the issue or just fueling hatred or misconceptions?

Russian invasion of Ukraine is one of the best examples to show how the flexing of muscles can result in war. In the time to come, the world may witness more wars as there have been efforts to fuel anger and not reduce animosity among nations.

Russia, North Korea and some other nations have been either testing or acquiring new weapons to safeguard themselves. But it seems to have proved futile as it forces contemporaries to come up with better ones to just do the same. The process seems to be never ending and the world has seen the same during the cold war between the US and the erstwhile USSR.

Well, it would be interesting to watch if the different world powers learn to live and prosper together in peace by joining hands and not flexing their muscles. This can actually help in preventing arms race and wars.