Will talk about Supreme Court expansion after US election results: Joe Biden 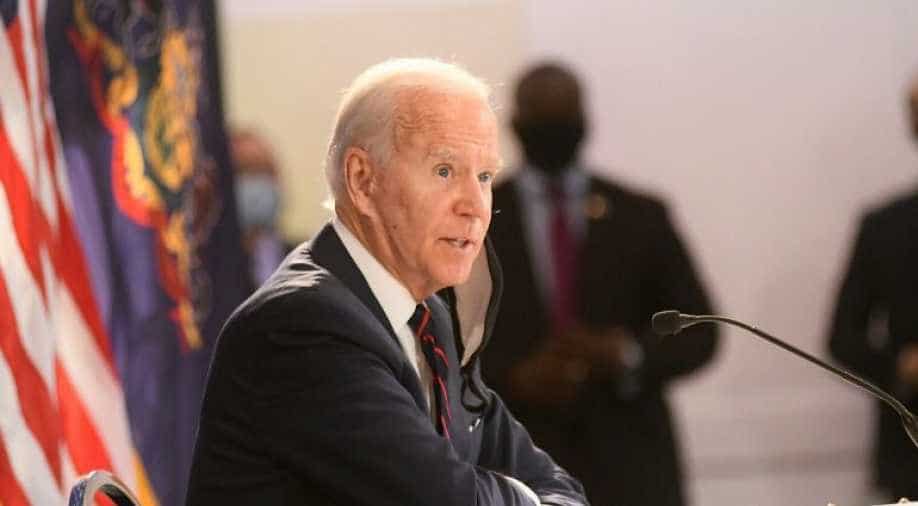 On Thursday, Biden told reporters that revealing it now would distract voters from focusing on Trump`s nomination of Amy Coney Barrett to the top court

Democratic Party's presidential nominee Joe Biden said on Thursday that he will air his opinion on increasing number of judges on US Supreme Court if he defeats President Donald Trump in November 3 election. Donald Trump has nominated Amy Coney Barrett to the Supreme Court. She is yet to get a nod from the US Senate for her appointment on the Supreme Court. Republican Party has said that it will push for confiemation from the Senate before November 3 election.

Following Supreme Court Justice Ruth Ginsburg`s death on Sept. 18, some Democrats have pressed Biden to consider "packing the court" with liberal justices if Trump`s Republican party fills Ginsburg`s seat ahead of the election and creates a 6-3 conservative majority.

Trump has criticized Biden for repeatedly declining to provide his view on the matter.

On Thursday, Biden told reporters that revealing it now would distract voters from focusing on Trump`s nomination of Amy Coney Barrett to the top court.

"The moment I answer that question, the headline in every one of your papers will be about that other than - other than focusing on what’s happening now," Biden said.

White House spokeswoman Kayleigh McEnany said Biden`s comments were a sign he does plan to expand the court. "Voters deserve a clear answer, though we basically already have one," she said on Twitter.

The U.S. Senate, which has the power to confirm presidential nominees to the high court, is currently under Republican control though that could change after November`s elections. The Senate Judiciary Committee is set to start hearings on Barrett on Monday.

The number of justices on the high court has remained at nine since 1869, but Congress has the power to change the size of the bench and did so several times before that.