Will take weeks to understand new virus variant, says WHO 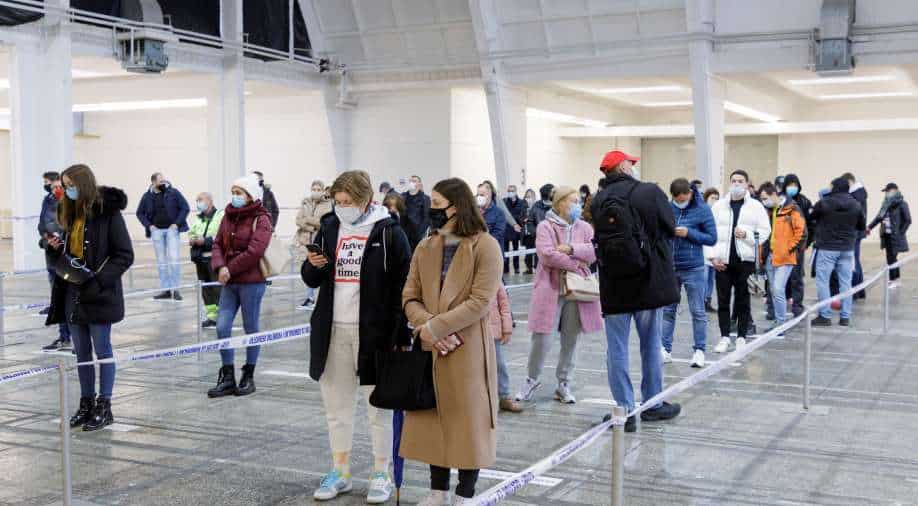 Amid growing concern over the new virus variant B.1.1.529, the World Health Organisation(WHO) said it will take several weeks to understand the new variant which was reported by South Africa.

Also Read: What we know about Covid B.1.1.529 or Nu variant, supposedly dangerous than Delta

"Researchers are working to understand more about the mutations and what they potentially mean for how transmissible or virulent this variant is," WHO's spokesperson said.

The WHO added that travel restrictions should be "risk-based" and countries should follow a "scientific approach".

"Implementing travel measures is being cautioned against," the health body added.

Israel announced it had identified the first case of the new virus variant which was discovered in South Africa with two more suspected cases reported from people returning from abroad. Israel's health ministry said all three people were vaccinated.

According to South African scientists, the new variant showed ten mutations compared to Beta which showed three and Delta which had mutated twice.

The German government announced those returning from South Africa would have to undergo quarantine even if they are vaccinated as the country battles the fourth wave.

UK moved to ban flights from six African countries including South Africa. However, South Africa's foreign ministry criticised the move asserting UK's decision was "rushed as even the World Health Organisation is yet to advise on the next steps."

The coronavirus cases in South Africa have surged recently even as experts said it was due to the new variant.