Will provide answers after investigation into Lion Air crash: Boeing to WION 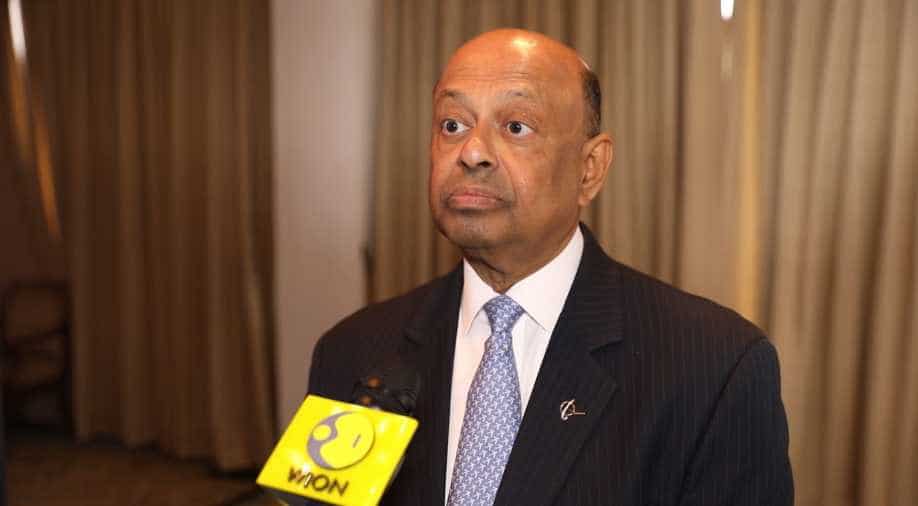 The Lion Air crash in October in Indonesia had killed all 189 people on board. Dinesk Keskar, Senior VP, Boeing Commercial Planes, spoke with WION's Sumit Chaturvedi.

US aeroplane maker Boeing has defended its global fleet of 737 Max aircraft,  a variant of which was involved in the tragic Lion Air crash in Indonesia in October. Speaking exclusively to WION, Dinesk Keskar, Senior VP, Boeing Commercial Planes, added Boeing would provide answers once the investigation into the crash is over.

"Safety (is) at (the) core of the Boeing company," Keskar told WION.

The Lion Air crash was one of the worst air disasters of all time.

The Boeing 737-Max plane — one of its pilots was Delhi boy Bhavye Suneja — crashed into the Java Sea shortly after taking off from Jakarta on October 29.

All 189 passengers and crew on board were killed.

Moments after takeoff, the pilots of the Lion Air flight battled to control the 737-Max after faulty data from a sensor repeatedly forced the aircraft to tilt its nose down.

Indonesian investigators have blamed the aircraft, saying that the Boeing 737-Max was not airworthy and that it should have been grounded.

Since the crash, WION has run a number of reports on airline safety and accountability.

The question is, if there were lapses on Boeing's part, who will punish it?

Keskar told WION Boeing "make sure that our airplanes are safe, the crew that operates is safe and at the same time, the customers... are all important".

Keskar added that "our chairman and CEO has said Boeing Max is as safe as any other plane flying out there".

And he said that Boeing would look into all aspects of the investigation and provide answers once it is complete.

Since the crash, Lion Air has indicated that it could scrap a $22 billion order for the Boeing jet. That of course could hurt Boeing just as much, if not more, than the findings of the investigation into the crash.