Will impose new tariffs on $75 billion US imports: China 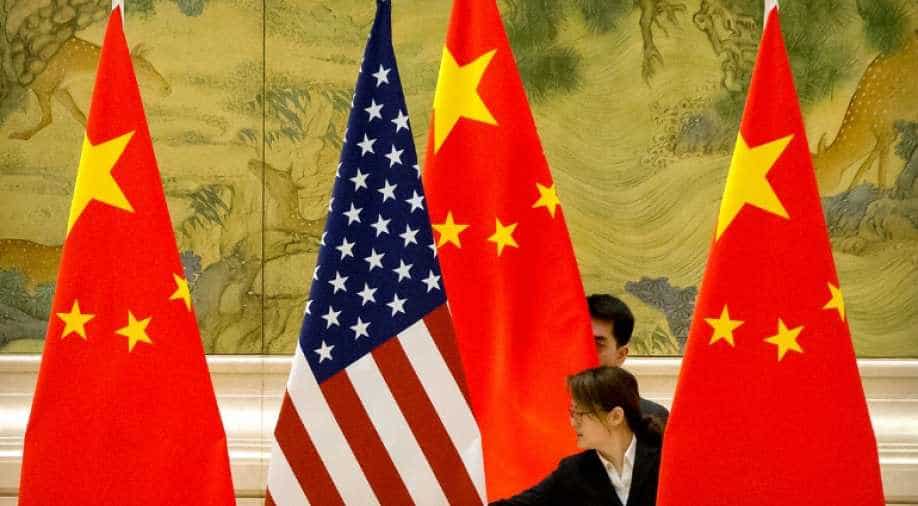 Chinese staffers adjust US and Chinese flags before the opening session of trade negotiations between US and Chinese trade representatives at the Diaoyutai State Guesthouse in Beijing. Photograph:( Reuters )

The punitive tariffs will range from 5 per cent to 10 per cent on 5,078 items from the US, China's state council tariff office said.

China announced Friday it will hit US imports worth $75 billion with new tariffs starting September 1 and December 15, as retaliation for Washington's planned tariff hikes in a bruising trade war.

The punitive tariffs will range from 5 per cent to 10 per cent on 5,078 items from the US, China's state council tariff office said.

China had lifted punitive tariffs on American cars and auto parts earlier this year as a goodwill measure while trade talks were underway.

US President Donald Trump has imposed steep tariffs on $250 billion in Chinese goods, with a further $300 billion in imports targeted for new duties in two more rounds, September 1 and December 15.

On August 16, US President Donald Trump said on Thursday that US and Chinese negotiators were holding "productive" trade talks and expected them to meet in September.

Nonetheless, China had vowed to counter US tariffs on $300 billion of Chinese goods while calling on the United States to meet it halfway on a potential trade deal.

Earlier this month, the Chinese finance ministry said in a statement that Washington's tariffs violated a consensus reached between Trump and Chinese President Xi Jinping at a June summit in Japan to resolve their disputes via negotiation.

In a separate statement, China's foreign ministry spokeswoman, Hua Chunying had said, "We hope the US will meet China halfway, and implement the consensus of the two heads of the two countries in Osaka."

China hopes to find mutually acceptable solutions through dialogue and consultation on the basis of equality and mutual respect, she added.

Trump, who is seeking re-election in 2020 and had made the economy and his tough stance on China a key part of his 2016 campaign for the White House, on Thursday said any agreement must meet US demands.