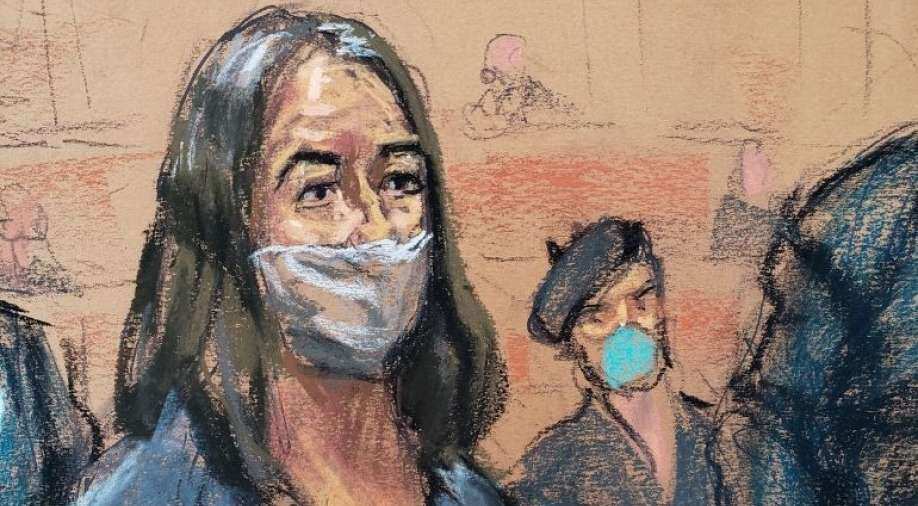 Ghislaine Maxwell, 59, has pleaded not guilty to the charges against her. Photograph:( Reuters )

Defense lawyers generally advise clients against testifying in their own trial, but the decision is ultimately a defendant’s, and it could be pivotal in her case

Not long after prosecutors announce that they are resting their case in the trial of Ghislaine Maxwell, which could happen as early as Thursday, she and her defense team will be presented with a choice.

Judge Alison J. Nathan will ask Maxwell, who has been charged with recruiting, grooming and ultimately helping Jeffrey Epstein sexually abuse underage girls, if she wants to take the witness stand to tell her side of the story.

Defense lawyers generally advise clients against testifying in their own trial, but the decision is ultimately a defendant’s, and it could be pivotal in her case.

“I think she would do more harm than good,” said Mark D. Richards, the veteran lawyer who represented Kyle Rittenhouse, who was acquitted of two fatal shootings amid protests over police conduct in Kenosha, Wisconsin, last year. At his trial last month, Rittenhouse testified in his own defense.

Richards said that if Maxwell decided to testify, prosecutors could confront her directly with evidence of her ties to Epstein, who died in jail two years ago while awaiting trial on sex trafficking charges.

“She’s trying to separate herself from Epstein,” Richards said. “At least now, you can blame it on a dead guy.”

Maxwell’s attorneys have not publicly detailed their defense, but they have suggested in court filings that they wanted to present experts to rebut the opinions of a government witness, a clinical and forensic psychologist, who testified about grooming, a strategy predators use to try to break down a potential victim’s resistance to abusive conduct.

Recently, defendants have decided to take the witness stand in several high-profile cases.

One of the three men convicted in Brunswick, Georgia, last month of murder and other charges in the fatal shooting of Ahmaud Arbery took the witness stand during the trial. And in a fraud trial in San Jose, California, Elizabeth Holmes, the founder of the failed blood testing startup Theranos, finished seven days of testimony in her own defense Wednesday. She has pleaded not guilty.

Maxwell, 59, has pleaded not guilty to the charges against her, and at a pretrial hearing, she told the judge, “I have not committed any crime.”

In court, she seems attentive and even animated while seated beside her lawyers. She speaks with them before the jury arrives; she peers at a screen in front of her when photographs are displayed to the jurors; and she sometimes scribbles in a notebook, occasionally passing a Post-it note to her attorneys.

Defendants have the right not to testify in a trial — the burden of proof is solely the government's — and jurors are instructed not to draw any conclusions from that choice.

And where the decision is seen as a close one, a defense attorney’s choice not to have a client testify may reflect the view that the government’s case is weak and can be overcome through a strong summation or other defense witnesses, legal experts said.

“It’s going to come down to the defense’s assessment of how strong the government’s case came in and whether it’s worth taking the risk,” said Jessica A. Roth, a former federal prosecutor in Manhattan who teaches law at Benjamin N. Cardozo School of Law.

She said the defense’s best strategy may be to remind the jurors of the government’s burden of proof, without trying to present an alternative narrative through Maxwell’s testimony.

“The jury may be wondering what it is that Maxwell thought was happening behind closed doors,” Roth said. “And they’ll be told that they can’t demand her explanation.”

Ultimately, though, Maxwell could overrule her lawyers and decide to testify, said Stephen Gillers, a professor of legal ethics at New York University School of Law.

“Defendants rarely do,” he said, “but some have an exaggerated sense of their ability to handle aggressive government questioning.”

Richards questioned whether Maxwell, a former socialite who is the daughter of a onetime British media mogul, could endure a grueling cross-examination by a prosecutor.

“What I’ve read about her,” he said, “she’s very upper class, kind of cultured. And if she were to take the witness stand and be questioned by someone who she does not think is her equal, she might have a lot of trouble with that.”

Moira Penza, a former assistant U.S. attorney in Brooklyn who led the prosecution team that won the 2019 racketeering conviction of Keith Raniere, the Nxivm sex cult leader, noted that defendants who testify essentially give up their right not to incriminate themselves.

On cross-examination, she said, “prosecutors have a lot of room to really retry their case through the defendant, to bring up again all of their best evidence, and beyond that, to attack the credibility of the witness in any way they can.”

Maxwell also faces two perjury charges — not part of her current trial — in which she has been accused of lying under oath during 2016 depositions she gave in a lawsuit related to Epstein.

Roth said those statements could be the subject of cross-examination if prosecutors believe they can show that Maxwell was lying, undermining her credibility before the jury.

Benjamin Brafman, a prominent defense lawyer in New York, said that Rule No. 1 when a defendant is considering whether or not to testify is not to lie.

“If you lie and a jury believes that you were lying, then all of the reasonable doubts that your lawyers may have created through effective cross-examination, I think, may be nullified,” he said.

Brafman said the last client he put on the witness stand was rap star and producer Sean Combs, who was acquitted of all charges in a gun possession and bribery trial some two decades ago.

As for Maxwell, he said: “I would be stunned if she were to take the stand.”