Will COVID-19 start diminishing in 2022 or the world will see new variants? 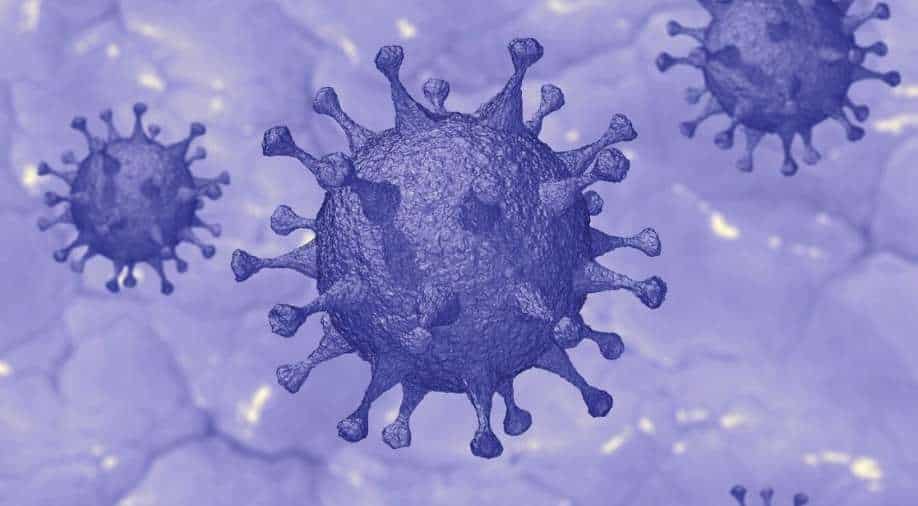 The sheer number of Omicron cases known to date is staggering, but the actual number is likely to be much higher, according to WHO representative Maria Van Kerkhove. Photograph:( Others )

As the world continues to fight against the deadly and highly transmissible Covid variants, the question is - what's next?

Some countries around the world are witnessing a record rise in the number of coronavirus (COVID-19) cases after the emergence of the Omicron variant.

The 'variant of concern' Omicron was detected in November last year and was speculated to be the most worrying Covid variant since delta with a large number of mutations.

It appeared to be true when Covid cases saw a record rise in countries like the United Kingdom, and some Southern African countries, putting pressure on the frontline workers with an increase in hospitalisations.

As the world continues to fight against the deadly and highly transmissible Covid variants, the question is - what's next? When the pandemic will end? Is Omicron the endgame? Will there be more variants? What is the Omicron 'sub-variant'?

Infectious disease experts have hinted that may be an end in sight. As quoted by CNN, Dr Tom Frieden said, "I think if we do it right, we're going to have a 2022 in which Covid doesn't dominate our lives so much."

Frieden was director of the US Centers for Disease Control and Prevention under former United States President Barack Obama. He is now the CEO and president of Resolve to Save Lives.

Dr Yvonne Maldonado, who is an epidemiologist and infectious disease specialist at Stanford Medicine, and some other experts talked about the next phase of the pandemic and what will happen next. "We really don't know exactly," Maldonado said.

"None of us really anticipated Omicron. Well, there were hints, but we did not expect it to happen exactly the way it did," Maldonado said.

Meanwhile, the experts believe what has happened in South Africa can happen in other parts of the world. "South Africa's kind of our canary in the coal mine because they were able to pick up the Omicron variant first," Maldonado said.

In South Africa, where the Omicron variant was first reported, cases peaked but fell off quickly. Experts think will happen everywhere as the UK also saw a similar trend.

DrJohn Swartzberg, who is an expert in infectious diseases and vaccinology, said as quoted by CNN, "I anticipate in the short run -- being the next six weeks, four to six weeks -- that it's still going to be pretty rough." Swartzberg is also a clinical professor emeritus at the University of California, Berkeley's School of Public Health.

The report also mentioned Swartzberg as saying that maybe the cases will start declining in March. "There will be a sense of optimism, and then we will be able to do more things in our lives. I think May or June is going to really look up for us. I'm quite optimistic," Swartzberg said.

As of now, the cases are rising. For example, Tokyo recorded its highest number of daily COVID-19 infections for the fourth consecutive day on Saturday. The capital city had 11,227 new coronavirus cases, the local government said. The case count jumped nearly 2.5 times from 4,561 lodged a week before and was higher than 9,699 confirmed cases on Friday.

When the cases are rising, it's difficult to anticipate what will happen next. Dr George Rutherford, who is an epidemiologist at the University of California, San Francisco said as quoted by CNN, "It's not at all clear what comes next."

As per the report, he said that the virus could see gradual mutations, similar to Alpha and Beta variants. Maybe could behave like Delta and Omicron with a large jump.

Some experts are optimistic but Omicron 'sub-variant' is posing threats as scientists are keeping a close watch on a recently-discovered sub-variant version virus.

Scientists are probing how the sub-variant could affect future pandemic spread.

The UK Health Security Agency (UKHSA) identified more than 400 cases in Britain in the first ten days of this month and has indicated the latest variant has been detected in some 40 other countries, accounting for a majority of most recent cases in some nations including India, Denmark and Sweden.

The UKHSA indicated Friday (January 21) it had designated the BA.2 sub-lineage as a variant under investigation (VUI) as cases of it were on the increase even if, in Britain, the BA.1 lineage currently remains dominant.

As per the authority, "there is still uncertainty around the significance of the changes to the viral genome." It is required surveillance as, in parallel, cases in recent days showed a sharp rise in BA.2 incidence notably in India and Demark.