Wildfire aftermath: New York air quality is now among the worst in world 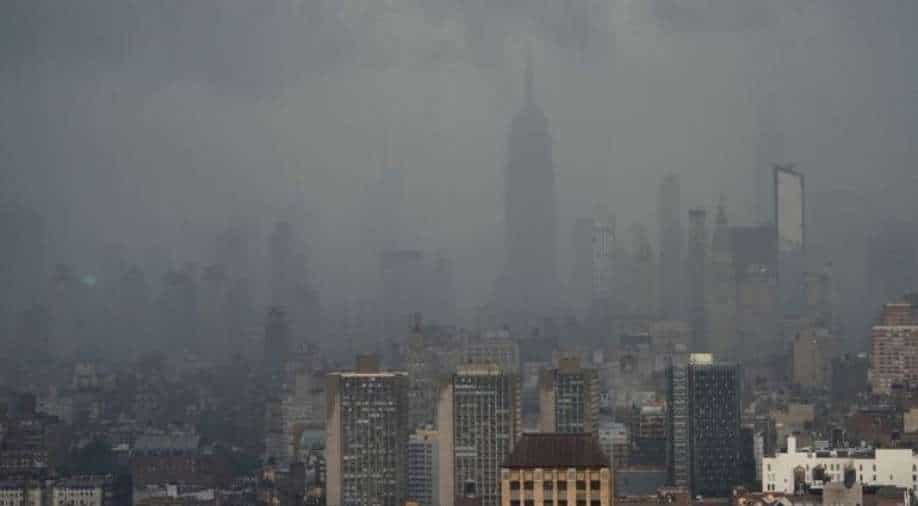 New York City air quality this week is among the worst in the world. State officials in New York advised people with asthma and heart diseases to avoid strenuous outdoor activity

Intense smoke due to wildfires in the US West Coast caused hazy skies in New York, with the air quality index worsening to 157 in Manhattan.

New York City air quality was among the worst in the world. State officials advised people with asthma and heart disease to avoid strenuous outdoor activity.

There is still quite a bit of near-surface smoke over NYC this morning from wildfires burning in Western North America. A cold front coming through later today will push the smoke away and clear our skies out. pic.twitter.com/7b4r7Vdqyf

George Pope, professor of earth and environmental studies at Montclair State University, who added that he could not see Manhattan from his New Jersey office, was quoted by The Guardian as saying, "I think it’s unusual to have this kind of haze, I don’t recall seeing this kind of thing".

He added, "You can pretty much always see the skyline, at least a silhouette if it’s a hazy day. This is, like, this is unprecedented".

This is the second year in a row that smoke from huge wildfires in the US west has traveled 2,000 miles east.

David Lawrence, a meteorologist with the National Weather Service, said, "We’re seeing lots of fires producing a tremendous amount of smoke. By the time that smoke gets to the eastern portion of the country where it’s usually thinned out, there’s just so much smoke in the atmosphere from all these fires that it’s still pretty thick".