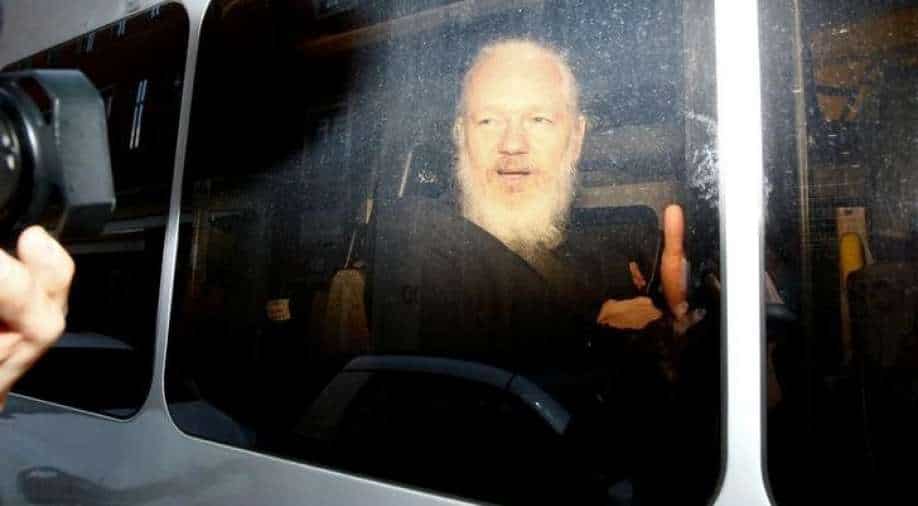 Assange seen in a police van after he was arrested by British police in 2019 Photograph:( Reuters )

50-year-old Assange is wanted by US authorities on 18 counts, including a spying charge, relating to WikiLeaks' release of vast troves of confidential US military records and diplomatic cables

WikiLeaks' founder Julian Assange has appealed to the High Court in London against a decision to extradite him to the United States.

According to BBC, Assange’s lawyers submitted an application to the court. He had until Friday to decide whether or not to appeal against his extradition.

The court must give its approval for the appeal to be heard, but it is likely the legal case will take months to conclude.

50-year-old Assange is wanted by US authorities on 18 counts, including a spying charge, relating to WikiLeaks' release of vast troves of confidential US military records and diplomatic cables, which Washington said had put lives in danger.

The documents are related to the Iraq and Afghanistan wars.

He faces up to 175 years in jail, according to his lawyers. However, the US government has said the sentence is more likely to be between four and six years.

Australian-born is being held at Belmarsh prison in London after fighting a lengthy battle to avoid being extradited.

The whole saga began at the end of 2010 when Sweden sought Assange's extradition from Britain over allegations of sex crimes. When he lost that case in 2012, he fled to the Ecuadorean embassy in London, where he spent seven years.

When he was finally dragged out in April 2019, he was jailed for breaching British bail conditions although the Swedish case against him had been dropped. He has been fighting extradition to the United States since June 2019 and remains in jail.

Assange's wife had hoped that the Albaneses' government would intervene.