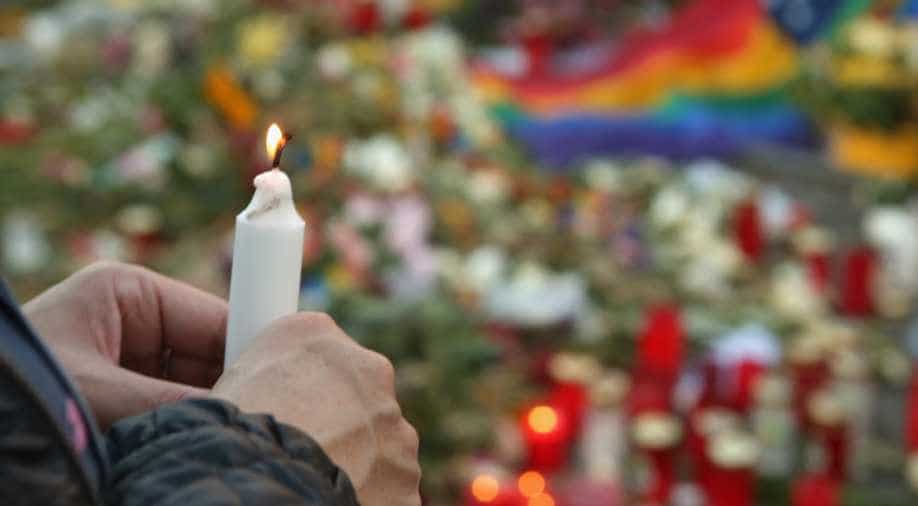 The 30-year-old also faces charges of obstruction of justice and misleading the authorities investigating the shooting. Photograph:( Getty )

The widow of the gunman behind the deadliest mass shooting in modern US history pleaded not guilty on Wednesday to charges she aided her husband in planning the attack.

Noor Salman, 30, entered her plea at a hearing in federal court in northern California where she was arrested on Monday in relation to last year's assault by her husband Omar Mateen.

The wife of Orlando nightclub gunman who killed 49 people in a deadly mass shooting pleaded not guilty on Wednesday to charges of aiding and abetting her husband in planning the attack.

Noor Salman, 30, was ordered to be detained by a federal court in northern California until her bail hearing on February 1.

Federal prosecutor Roger Handberg argued in a hearing on Tuesday that Salman knew about her husband's plans for the attack.

Salman's family claim that she was ignorant of her husband's intentions and was, in fact, a victim of domestic abuse.

"We believe it is misguided and wrong to prosecute her and that it dishonors the memories of the victims to punish an innocent person," Linda Moreno, Salman's attorney, told local media.

If convicted, Salman faces up to life in prison.

The Federal Bureau of Investigation arrested Noor Salman early on Monday at her home in California on suspicions that she knew about her husband's plans to carry out the attack.

The two-count indictment states that Noor Salman, who was arrested Monday in northern California, aided and abetted her husband's attempt to provide material support to a foreign terrorist organisation, namely the Islamic State group, AFP reported. The 30-year-old faces charges of obstruction of justice and misleading the authorities investigating the shooting.

Omar Mateen killed 49 people in an attack on Pulse gay nightclub in Orlando last year. He was killed in a shootout with the police. He pled allegiance to the Islamic State in a phone call to the dispatchers.