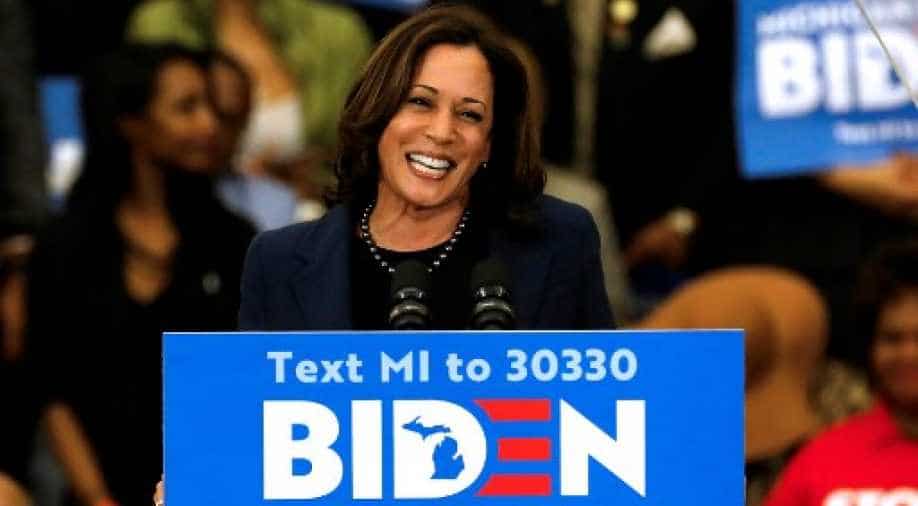 Last year Harris was running her own campaign for the Democratic nomination. On two occasions she was asked about India’s Kashmir decision and on both occasions she backed the demand for intervention.

Joe Biden's running mate for the White House Kamala Harris has been a vocal critic of India’s Kashmir policy especially the decision to revoke the special status of Kashmir.

Last year Harris was running her own campaign for the Democratic nomination. On two occasions she was asked about India’s Kashmir decision and on both occasions she backed the demand for intervention.

Harris made the same statement in October which said: "We have to remind the Kashmiris that they are not alone in the world." The statement was reported prominently in Pakistani media.

They spoke out against the CAA among them were Raja Krishnamoorthy, Pramila Jayapal, Ro Khanna, Ami Bera and Kamala Harris. Pramila Jayapal, in fact, had pushed a resolution in December. It urged India to end the restrictions in Jammu and Kashmir.

External affairs minister S.Jaishankar refused to meet Jayapal during his visit to America terming her understanding of the situation as “unfair”. Harris had jumped in support of Jayapal.

India felt it was a clear case of selective outrage. While Jayapal and Harris leave no opportunity to lecture India on human rights. They have nothing to say when Indians become the target of terrorist attacks in Kashmir.

They offer no resolutions when Hindus are forced to convert in Pakistan and they haven’t criticised China even after Chinese soldiers led a brutal and unprovoked assault on Indian soldiers at the border in Ladakh.

However, Pramila Jayapal and Kamala Harris haven’t shied away from embracing their Indian heritage on different occasions while Jayapal has brought up how she was an Indian citizen until the age of 35, Harris backed her Indian roots. After the announcement today Maya Harris, sister of Kamala put out a video which features their mother Shyamala Harris. She had immigrated from Chennai to the US.

The post says: “you can’t know who Harris is without knowing her mother. Know our mother, ancestors are smiling today.” It’s a touching message that has won praise from Indian-Americans.

Clearly, Harris is not averse to the Indian vote bank in the US but she has a very different stance against India that unsettles policymakers in New Delhi.