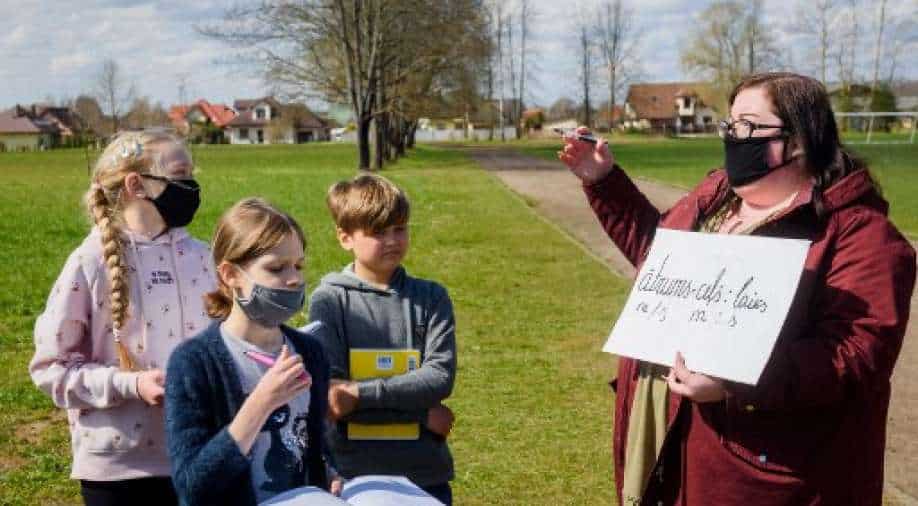 One year into the pandemic, children have been dying of the Wuhan virus. Babies as young as 1.5 months are in need of medical intervention. They are showing symptoms like fever, cough and cold

Children were earlier thought to be safe from the Wuhan virus.

In April 2020, the United Nations in a policy brief had said: "Children are not the face of the pandemic, they have been largely spared from the direct health effects of COVID-19."

However, a Harvard study in August 2020 had called children the silent spreaders of the virus. In short, children were considered to be carriers, not victims of the virus.

One year into the pandemic, children have been dying of the Wuhan virus. Babies as young as 1.5 months are in need of medical intervention. They are showing symptoms like fever, cough and cold.

There are also asymptomatic cases, again. For the longest time it was thought that asymptomatic children have low levels of infection. However, now it turns out that theory may no longer be true.

A tweet about one such case was widely shared a few days ago. It was an account of a mother whose 11-year-old son had developed a rare and dangerous illness called MISC or multisystem inflammatory syndrome in children.

The mother wrote her son had bloodshot eyes, rash all over his body and continuous vomitin. She said her son had difficulty staying up and responding.

The child had developed a multi-organ inflammation by the time he was taken to the hospital and examined. The mother said, "we were told that if he would not have been admitted when we did, we would have missed the boat".

The child began showing symptoms of MISC at least four weeks after being infected by the virus. But no one knew the child even had COVID-19 at first since he was asymptomatic.

It took a life-threatening illness for the cat to come out of the bag.

MISC was first linked to the Wuhan virus in April 2020. Pediatric doctors from London reported cases of the immune system in children being triggered inappropriately after being infected by the virus.

Now, one year later, the world still does not have a way to stop it since there are no vaccines for children, at least the majority of them.

In the Indian state of Maharashtra alone, more than 60,000 children have tested positive for the Wuhan virus between March 1 and April 4.

There is an information deficit, with no awareness about the kind of symptoms kids may show when infected or about MISC.

Children have been battling the second wave unshielded. They are also bracing for a third wave as latest estimates say the third wave will hit India by October 2021, which is five months from now.

The only way to protect children is by getting them vaccinated. However, only a couple of rich countries have begun vaccinating kids.

In the United States, children between the age group of 12 to 15 will now be able to take the Pfizer-BionTech vaccine.

Pfizer's vaccine has been tested in the 12 to 15 age group. They were given the same dosage as adults and they showed the same side effects - sore arms,  chills and aches.

Last week, Canada included those above the age of 12 in its inoculation programme. The EU is likely to follow suit.

Authorities say the European Union could approve the Pfizer jab for children above the age of 12 as early as this month.

Vaccine trials have been going on in children as young as 6 months old. While it may sound morally wrong to many, it is the only way out.

Vaccination is the only way out of the pandemic, with jabs for both children and adults.