Why California has one of the lowest COVID-19 rates 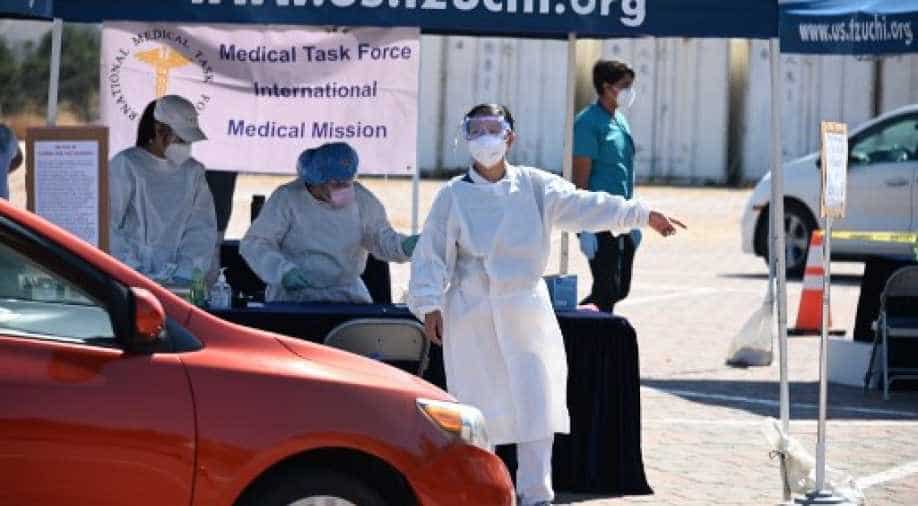 More than 82 per cent of Californians age 12 and older have at least one dose of a coronavirus vaccine. Only nine states have more of their populations immunised

California has less COVID-19 transmission than any state in the country.

That’s according to federal officials, who Wednesday ranked the state’s current coronavirus case rate the lowest in the nation.

Sure, there are mask mandates and other measures to credit, but most deserving of thanks is the Golden State’s high level of vaccinations.

More than 82 per cent of Californians age 12 and older have at least one dose of a coronavirus vaccine. Only nine states have more of their populations immunised.

The surge of the delta variant has been a real-life experiment in the effectiveness of vaccines, one that appears to have helped Gov. Gavin Newsom survive a recall election Tuesday. For the most part, places with high vaccination rates have been protected from the virus.

And in California, the delta surge appears to have done something else as well: pushed vaccination rates even higher.

The number of people getting vaccinated in California began to stall in June, but then spiked as the delta variant took hold in late July. Ultimately, about 1.6 million Californians got a first dose of a coronavirus vaccine in August, up from the 1.1 million who did so in July.

It’s difficult to tease out what exactly led to the rise in vaccinations. California has recently mandated vaccines for state employees, teachers and health care workers. There’s also been new evidence of the strong protections the vaccines offer, even against the delta variant.

Some Californians may have been persuaded to seek out a shot after witnessing firsthand harm wrought by the virus. We’ve all heard stories of people hospitalized with COVID-19, struggling to breathe, and wishing they had gotten the vaccine.

Since early August, the biggest rise in vaccinations in California has been in the San Joaquin Valley, the Sacramento region and far Northern California — parts of the state that have recently been hardest hit by coronavirus cases.

Those regions had low vaccination rates to begin with, so they admittedly had more room to increase. But it’s likely that some people were also influenced by seeing overwhelmed hospitals in their communities.

“The question is: What gets you to make a different decision today than you’ve made the last few months?” said University of California, San Francisco, public health researcher Dr. Kirsten Bibbins-Domingo. “I think fear is somewhat of a motivator, unfortunately.”

Bibbins-Domingo told me she thinks that social pressure, community outreach and availability of the shots also play a role in who gets vaccinated. The coming months will reveal which strategies work best as California health officials try to encourage holdouts to get immunized.

The delta variant is too contagious to wipe out, even in communities with high vaccination rates, Bibbins-Domingo said. But the shots will remain an essential part of minimizing future surges.

“It all starts and ends with vaccination. It doesn’t mean once you cross some magical threshold, the virus magically disappears,” she told me. “How many people are vaccinated — it’s like how many barriers can you put up to withstand the onslaught.”