Who's behind the massacres in Congo's Beni region? 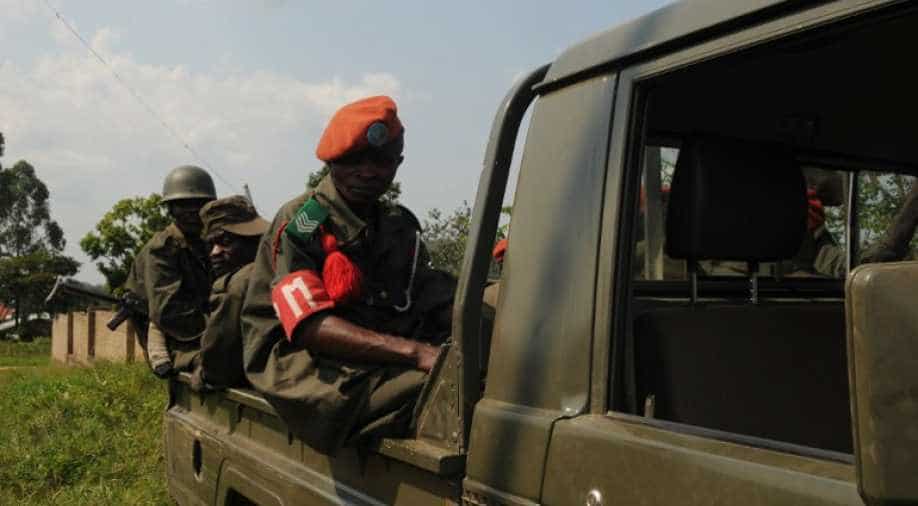 So far the killings have been blamed on the ADF, a secretive group with origins in Uganda. They have been accused of links to global jihad but experts now say: 'There is no proof of this allegation'. In photo: ADF servicemen Photograph:( AFP )

The official explanation for a two-year wave of massacres in a restive corner of DR Congo centres on a shadowy rebel group accused of having ties to the global jihadist underground.

But some basic details about the alleged killers of more than 700 victims -- the latest over the Christmas weekend -- haven't quite convinced observers and experts.

The truth, they say, is more complicated and may lead all the way to the halls of power in the vast, mineral-rich and chronically unstable central African nation.

UN experts, referring to the claimed jihadist links in past reports, have simply stated: "There is no proof of this allegation."

But that has not stopped the Democratic Republic of Congo's leadership and the UN peacekeeping mission MONUSCO from blaming the bloodbath around the town of Beni, in the country's strife-torn northeast, on the Allied Democratic Forces (ADF).

Secrecy shrouds the group, which is dominated by hardline Ugandan Muslims who were initially focused on overthrowing Uganda's President Yoweri Museveni.

The group went on to absorb other rebel factions into its ranks and started carrying out attacks in 1995. Gradually pushed westwards by the Ugandan army, the ADF relocated most of its activities to DR Congo.

When the Beni massacres started in October 2014, with most of the victims hacked to death, the ADF was quickly branded the culprit by both Congolese authorities and MONUSCO.

More than two years on, the government and the UN have been unable to protect civilians from the attacks, and the ADF remains the only official explanation -- with Kinshasa insisting on a jihadist link to the killings.

Many ADF recruits -- who were drawn this year from Tanzania, Burundi, Kenya and as far as Somalia -- were not hardcore ideologues but young Muslims lured by the promise of going to study in Saudi Arabia, an intelligence agent and civil society source told AFP.

Meanwhile, the ADF has not claimed any of the Beni massacres, and no experts working on DR Congo have found a link between the group and the global jihadist underground.

"It's paradoxical," a civil society source in Beni told AFP, pointing to groups like Islamic State's claims of violence committed in its name.

Pinning the blame on jihadists "seems too simplistic", he said on condition of anonymity fearing for his safety, like most Congolese who spoke to AFP.

Others have gone further, alleging that government agents have a role in the killing.

A group run by US researcher Jason Stearns published a report in March claiming several distinct groups "appear to be involved in the massacres", including soldiers from the regular army.

It said members of the Congolese army, former rebels from the RCD-K/ML group -- who held the area during the 1998-2003 Second Congo War -- and local militias were all involved in the mass killings.

The government rejected the claims and said the ADF was "definitely" responsible for the massacres. Stearns was expelled from DR Congo after the report's release.

'Why these horrible killings?'

Three AFP journalists were strongly advised by a senior local security official to not delve too deeply into the area's security matters.

In an interview with AFP, Beni's Mayor Bwanakawa Nyonyi said he believes the massacres are carried out by a nebulous group, with politically-motivated "Congolese hands" behind them. He refused to say more about the suspects or their motives.

"Why these horrible killings?" asked the mayor.

In explaining the violence, some have cited struggles for control of trafficking in various industries like timber, agricultural produce or minerals in a region with extremely rich potential.

A group of UN experts has repeatedly questioned whether the Congolese military was involved in the trafficking in various industries or in some massacres. The group has also incriminated local militias in some killings that were allegedly linked to land disputes.