WHO warns of 'real' risk as monkeypox cases reach 1000 mark 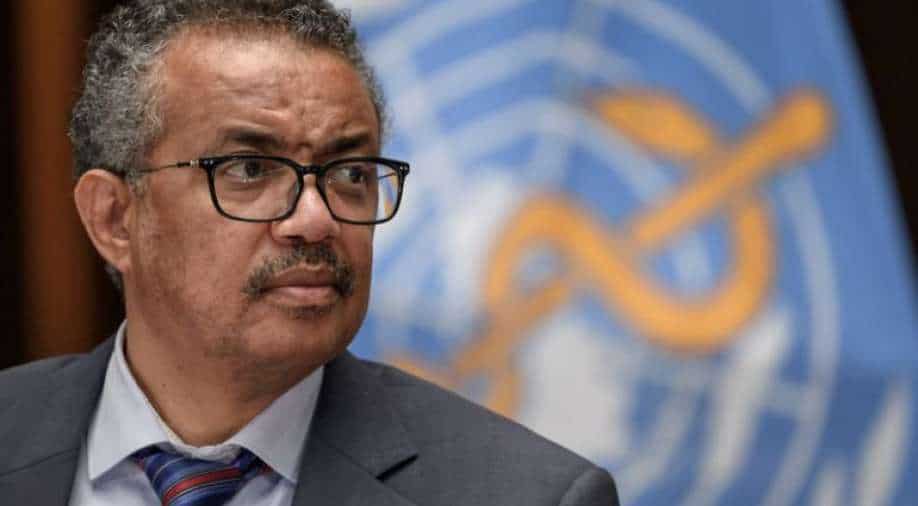 As per World Health Organization (WHO) Director-General Tedros Adhanom Ghebreyesus the emergencies happening elsewhere are not being taken seriously, he added that he hopes that the international community "comes back to its senses". Photograph:( Reuters )

Monkeypox is endemic in humans in nine African countries but outbreaks have been reported in the past month in several other states -- mostly in Europe, and notably in Britain, Spain and Portugal

The World Health Organisation (WHO) on Wednesday warned that there was a 'real' risk of monkeypox 'becoming established' in countries where it is non-endemic. The warning from the agency came when more than a thousand cases have now been confirmed in such countries.

World Health Organization chief Tedros Adhanom Ghebreyesus said that the WHO was not recommending mass vaccinations against the virus. He said that no deaths had been reported so far.

"The risk of monkeypox becoming established in non-endemic countries is real," Tedros told a press conference.

The zoonotic disease is endemic in humans in nine African countries but outbreaks have been reported in the past month in several other states -- mostly in Europe, and notably in Britain, Spain and Portugal.

"More than 1,000 confirmed cases of monkeypox have now been reported to WHO from 29 countries that are not endemic for the disease," Tedros said.

"Some countries are now beginning to report cases of apparent community transmission, including some cases in women."

On Wednesday Greece reported first case of the disease. Local health authorities said that the patient, a man, had recently travelled to Portugal. He was said to have been in stable condition in a hospital.

The initial symptoms of monkeypox include a high fever, swollen lymph nodes and a blistery chickenpox-like rash.

WHO chief Dr Tedros said that is was especially concerned about the risk the virus poses to pregnant women and children. He said that emergence of monkeypox in countries it was not endemic in may be due undetected transmission for some time.

One case of monkeypox in a non-endemic country is considered an outbreak.