WHO struggles to send generators to Ukraine hospitals 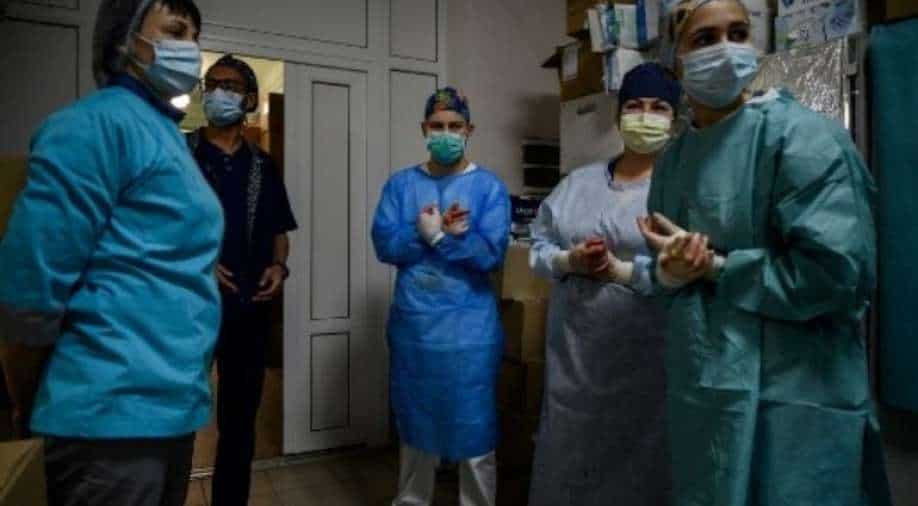 The WHO is hoping to deliver 15 generators to hospitals across Ukraine, from a base in the western city of Lviv. (representative image) Photograph:( AFP )

The WHO said Tuesday it was struggling to deliver two generators to hospitals in the besieged Ukrainian port city of Mariupol, fearing the worst for its hard-hit health system.

The World Health Organization said it was trying to pre-position supplies closer to the frontlines to speed up delivery if a window opens.

The WHO is hoping to deliver 15 generators to hospitals across Ukraine, from a base in the western city of Lviv.

Two were due to head to the eastern city of Kharkiv Tuesday, while another three are destined for the Lugansk and Donetsk regions in the east, which have seen heavy fighting.

Two more were for Mariupol, also in the east, WHO Europe spokesman Bhanu Bhatnagar told reporters in Geneva via videolink from Lviv.

"We will only move the generators to their final destinations when we can ensure the safety of our personnel and the precious cargo they are transporting," he said.

"The generators will help meet the minimum energy needs of medical and surgical units of referral hospitals, where power supply is limited or non-existent".

Mariupol has become a symbol of Ukraine's fierce resistance since Russia invaded on February 24.

Russia on Tuesday called on Ukrainian forces to lay down arms "immediately" in the city.

"We don't have access to Mariupol at this time but we will position everything so that the minute we can get access, we are able to get the supplies in," Bhatnagar said.

"We fear the worst for the health system in Mariupol."

In Mariupol alone, more than 100,000 people are unable to leave and "are in dire need of food, water and other essential supplies," Jakob Kern, the WFP's emergency coordinator in Ukraine, told reporters in Geneva via videolink from Lviv.

"In such circumstances, any illness that can usually be treated with medicine becomes a life-threatening situation."

The WFP estimates that some six million people in Ukraine will need food and cash assistance.

Also read | Ukraine Conflict: Why a victory in Mariupol is important to Russia

The WHO said it had so far delivered 218 metric tonnes of emergency and medical supplies and equipment to Ukraine, of which 142 metric tonnes had reached its intended destination, mostly in the north and the east.

Since the Russian invasion, the WHO has verified 147 attacks on healthcare sites in Ukraine, in which at least 73 people have died and 52 have been injured.