Who is Qasem Soleimani? 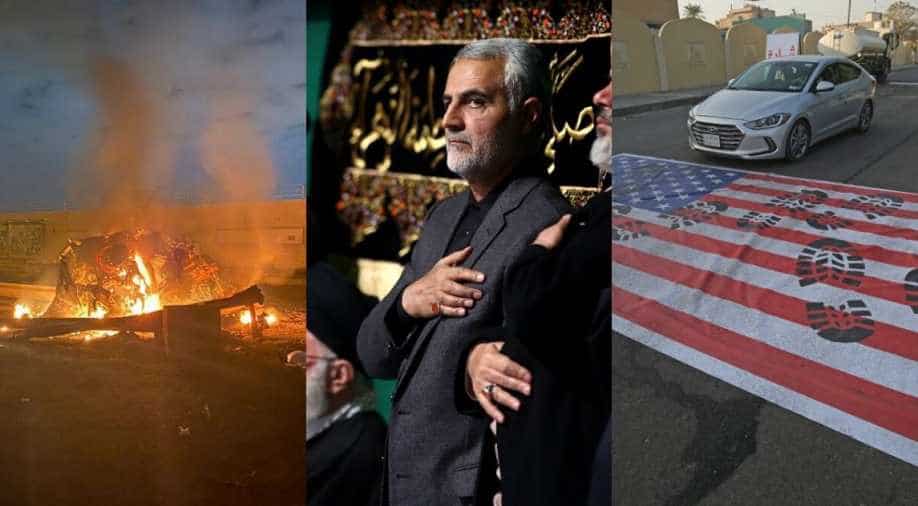 Soleimani was a major public figure in Iran, a Major General in Iran’s Revolutionary Guards Corps, who was easily the most popular and recognized official in an Iranian government which generally is not the notion.

An ‘international face of resistance’ in the west Asian region but one of the most feared generals in Iran are two contrasting statements and yet, are so true for Iran's General and Leader of Quds Force, Qasem Soleimani.

The uneasy calm in the west Asian region following the death of Qasem Soleimani was witnessed when Iran’s Supreme Leader, Ayatollah Ali Khamenei said in a statement, “and all lovers of resistance (Qasem Soleimani) will be his avengers.”

Well, for no ordinary man, the US President Trump would give directions for an airstrike and the 62-year old veteran soon grabbed the spotlight as not only he has been in the thick of all the most turbulent events of West Asia in the last four decades but also was the most elite among the revolutionary guards.

He was said to be working behind the cover, in shades or far from the limelight but inside Iran, and on social media posts circulated globally, he was the frontman of, as well as chief architect for, Iran’s regional ambitions in Syria, Lebanon, Yemen, and, most immediately in Iraq, where he met his end.

Soleimani was a major public figure in Iran, a Major General in Iran’s Revolutionary Guards Corps, who was easily the most popular and recognized official in an Iranian government which generally is not the notion.

Soleimani was on a roadway leading to Baghdad’s international airport, threatened to sharply escalate US hostilities with Iran when he met his end.

This airstrike was Trump’s second military response to Iranian measures that had grown steadily more audacious over the seven months they went unanswered.

Recalling his participation during the events of the Israel-Hezbollah war in 2006 over a TV interview, he claimed that, even though Israeli forces spotted his headquarters in Beirut, he managed to escort Hezbollah’s leader to safety, escaping in the thick of the night and surviving Israelis chasing against them.

The worth-noticing point is not that he was worshipped as a hero by many Iranians but would be his direct contact to the Supreme Leader of the country, Ayatollah Ali Khamenei. Many said that the former directly reported to the latter and was a hardcore authoritarian with no sympathy for democracy at all.

Soleimani took the command of Quds Force since 1998. Quds Force is a branch of the Iranian Revolutionary Guard Corps who are in charge of extraterritorial and clandestine operations. He directs as well as coordinates all activities of Iran’s proxies and allies in the region. From Shia militias in Iraq, Syria, and Afghanistan to Hezbollah in Lebanon and the Houthi rebels in Yemen, Soleimani was the chief to all!

Thereof, he relies on terror attacks, assassinations, guerrilla actions, and covert operations. It was under his watch, the Quds force grew exponentially and built an international network of support, planning actions even in faraway countries.

A photograph of Soleimani accompanied by mournful recitations from the Quran signifying a major loss to the nation was broadcasted across television networks in Iran and all over its state.