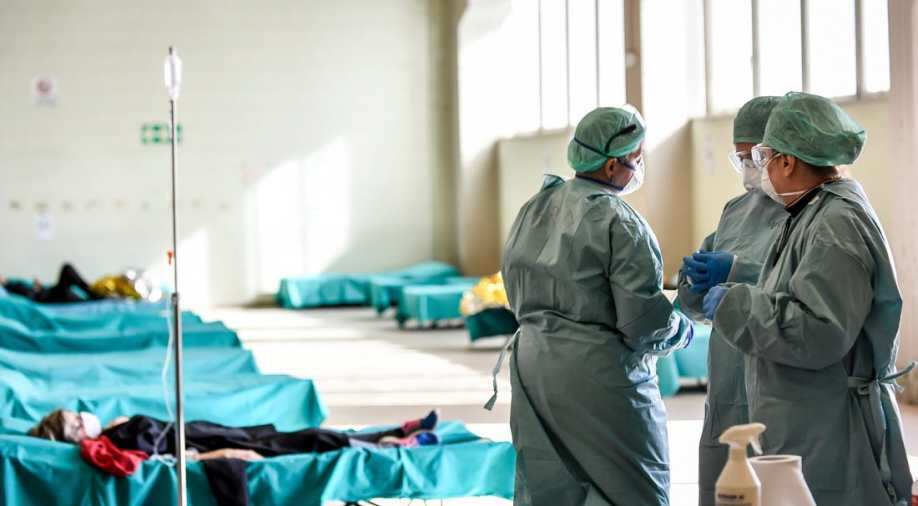 The WHO said on Friday experts were preparing a proposal on the next studies to be carried out into the origins of the virus, but that there was no set timeline

Samples from a study suggesting the coronavirus was circulating outside China by October 2019 have been re-tested at the World Health Organization's (WHO) request, two scientists who led the Italian research said.

There is growing international pressure to learn more about the origins of the pandemic that has killed more than three million people worldwide and US President Joe Biden last week ordered his aides to find answers.

The WHO said on Friday experts were preparing a proposal on the next studies to be carried out into the origins of the virus, but that there was no set timeline.

The UN body reacted to Biden's announcement that intelligence agencies were pursuing rival theories, including the possibility of a laboratory accident in China, by saying the search was being "poisoned by politics".

COVID-19 was first identified in the central Chinese city of Wuhan in December 2019, while Italy's first patient was detected on February 21 last year in a small town near Milan.

However, a study published last year suggested antibodies to either the virus or a variant were detected in Italy in 2019.

That prompted Chinese state media to suggest the virus might not have originated in China, although the Italian researchers stressed the findings raised questions about when the virus first emerged rather than where.

"The WHO asked us if we could share the biological material and if we could re-run the tests in an independent laboratory. We accepted," Giovanni Apolone, scientific director of one of the lead institutions, the Milan Cancer Institute (INT), said.

The WHO's request has not previously been reported.

"WHO is in contact with the researchers that had published the original paper. A collaboration with partner laboratories has been set up for further testing," a WHO spokesman said.

The spokesman said the WHO was aware that the researchers are planning to publish a follow-up report "in the near future".

He said the UN agency has contacted all researchers who have published or provided information on samples collected in 2019 that were reported to have tested positive for SARS-CoV-2, but does not yet have the final interpretation of the results.

The Italian researchers' findings, published by the INT's scientific magazine Tumori Journal, showed neutralising antibodies to SARS-CoV-2 in blood taken from healthy volunteers in Italy in October 2019 during a lung cancer screening trial.

Most of the volunteers were from Lombardy, the northern region around Milan, which was the first and hardest hit by the virus in Italy.

"None of the studies published so far have ever questioned the geographical origin," Apolone told Reuters.

"The growing doubt is that the virus, probably less powerful compared to later months, was circulating in China long before the reported cases," Apolone added.

The WHO chose the laboratory of the Erasmus University in Rotterdam for the re-test, Emanuele Montomoli, co-author of the original study and professor of Public Health at the Molecular Medicine Department in the University of Siena, said.

The Erasmus University did not reply to requests for comment.

"We sent them blind, that means our colleagues did not know which samples were positive and which negative," Apolone said.

"They rechecked our samples with commercial tests, which are much less sensitive than the ones we devised and validated," Montomoli said.

Despite the differences in the two detection methods, both Italian scientists said they were satisfied with the results, delivered to them in late February, adding that they could not comment further until the team of Italian and Dutch scientists have published their findings.

"We did not say in our study that we could establish without a doubt that the coronavirus, later sequenced in Wuhan, was already circulating in Italy in October," Montomoli said.

"We only found the response to the virus, namely the antibodies. So we can say that this coronavirus or a very similar one, perhaps a less transmissible variant, was circulating here in October," he added.