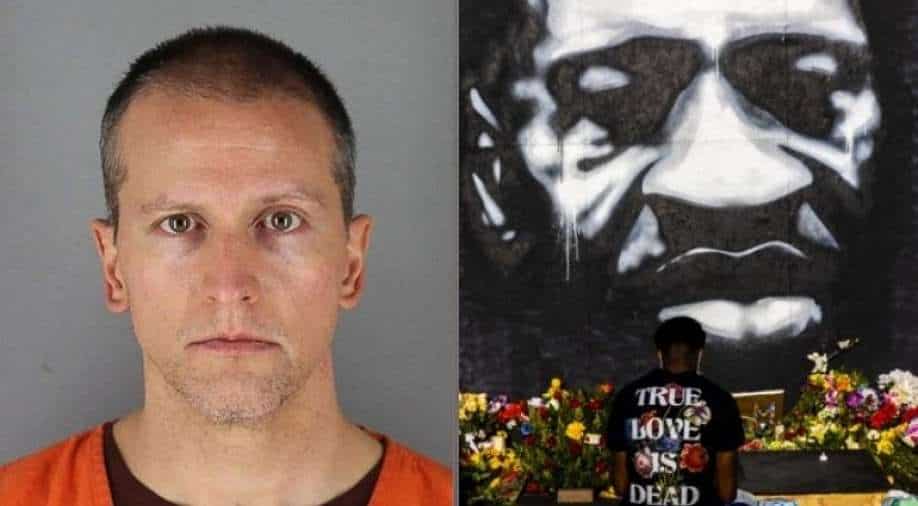 The federal rights case started off with Chauvin pleading not guilty, but he changed his plea after the possibility of life imprisonment arose. Photograph:( WION Web Team )

Chauvin, 45, pleaded guilty in US District Court to federal charges of using excessive force. He held his knee to Floyd's neck for nearly 10 minutes on May 25, 2020.

Chauvin admitted in a plea agreement with the Justice Department that "his willful use of unreasonable force resulted in Mr Floyd's bodily injury and death" and that he "knew that what he was doing was wrong."

"The defendant also knew there was no legal justification to continue his use of force because he was aware that Mr. Floyd not only stopped resisting, but also stopped talking, stopped moving, stopped breathing, and lost consciousness and a pulse," it said.

A bystander's cellphone video of Floyd's death set off months of protests against police abuse of African-Americans throughout the country.

In another case, Chauvin admitted to violating the constitutional rights of a 14-year-old boy. Chauvin held the handcuffed boy face down on the ground and struck him multiple times on the head with a flashlight in that 2017 incident.

"While recognizing that nothing can repair the harm caused by such acts, the Justice Department is committed to holding accountable those who violate the Constitution, and to safeguarding the civil rights of all Americans," Attorney General Merrick Garland said in a statement.

During a Minnesota state trial, Chauvin was convicted of the murder of Floyd, receiving a sentence of 22 and a half years in prison.

Under the plea agreement, he will face a sentence of between 20 and 25 years in prison on the federal charges, which will run concurrently with or beyond the sentence in the state murder case.

That guarantees the former Minneapolis police officer will spend years behind bars, regardless of what happens with the appeal, he has filed on the state murder charge.