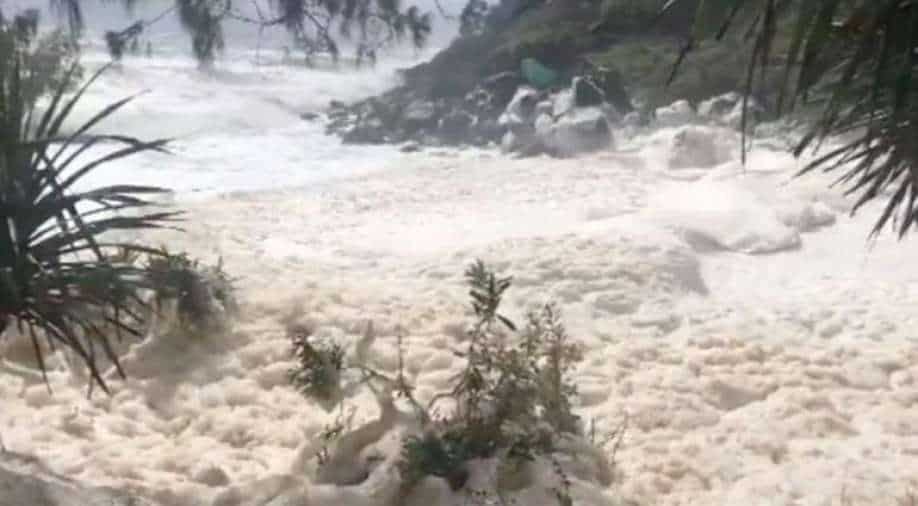 As locals got wind of the news, they descended on the beaches in large numbers, and what followed was a full-scale foam party

Australia's cyclone season has whipped up a surprise. Beaches along the famous gold coast are covered in foam. It's a rare phenomenon but not unheard of.

As locals got wind of the news, they descended on the beaches in large numbers, and what followed was a full-scale foam party.

It was a pleasant surprise for residents in Australia's East Coast. Dozens of families soon arrived with their kids and the whole thing turned into a huge party.

The East Coast is going through a spell of extreme weather — heavy rains, flash floods and high-speed winds.

Clearly, there's a connection between the foam and these cyclonic conditions.

What exactly is that connection?

"When we stir soap up in a basin of water it foams up and that's exactly what happens when these degrading organisms get stirred up by the wind and the waves and we get sea foam."

Sea foam isn't particularly dangerous to humans but beach parties are still not a good idea.

The weather hasn't cleared over the East Coast. Heavy rains are expected until early Wednesday, along with isolated thunderstorms. Thousands of locals are on stand-by for evacuation.

In the gold coast, some of the most famous beaches aren't there anymore. The rising sea has swallowed them.

All of these weather events in Australia are linked to the La Nina Phenomenon. It brings with it heavy rains and tropical cyclones. Extreme weather has become the norm down under. Last year, was forest fire season and this year it's cyclone season.