While coronavirus infects over 400,000, a look at outbreak deniers 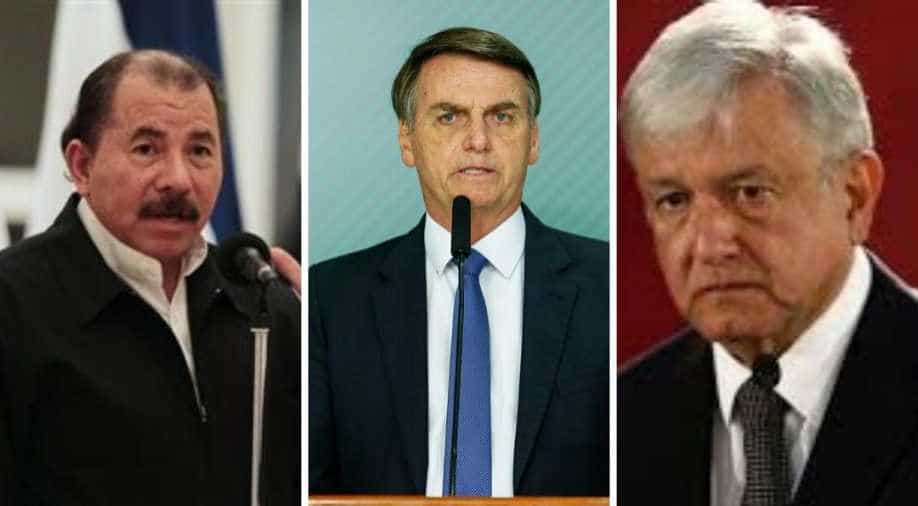 But there are some world leaders who are in a denial mode. For them, the coronavirus is not a matter of big concern.

The coronavirus is paralysing one country after another. First, it was china, then it crippled Italy. Now the United States could be next.

The World Health Organisation said that the United States has the potential of becoming the new coronavirus
epicentre.

On Wednesday, the number of infections in the United States reached 54,974 and became the third country with highest number of confirmed cases after China and Italy. The number of death toll stands at 785.

It is because of this large acceleration in cases that the United States is being called 'the possible new epicentre'.

Taking the hardest punch is the city of New York. The poster boy of the American dream is re-living its worst
nightmare.

The sense of panic in New York is a grim reminder of the fiscal crisis of the 1970s.

Only this time, it comes with a rising death toll.

Here's what makes it even worse.

The coronavirus pandemic has coincided with the tail end of the peak flu season.

There are already thousands who are hospitalised because of flu.

The road ahead for the world's leading economy is pretty bumpy.

Across the planet, the grim COVID-19 toll mounted to over 18,200 deaths and 405,000 declared infections, half of them in Europe according to an AFP tally.

But there are some world leaders who are in a denial mode. For them, the coronavirus is not a matter of big concern.

Among these the number one is President of Mexico, Mexico Andres Manuel Lopez Obrador.

On March 4, AMLO dismissed the social distancing, a precautionary measure for coronavirus saying, 'You have to hug, nothing happens'.

A couple of days, and positive cases later, AMLO woke up to reality started stressing on the need of social distancing while asking his citizens to "stay at home".

However, on Sunday again, the President went back to his denial mode as he tweeted a video in which he encouraged people to got out and eat.

AMLO logic is economy over health.

The second leader in the list is Brazilian President Jair Bolsonaro.

Though his own press secretary had tested positive for the virus, but the President said the COVID-19 was nothing but "a little flu".

Bolsonaro did not just stop at that as he went on to call the pandemic "over-rated".

Bolsonaro said that the media and world leaders are tricking people by making a big deal of the coronavirus.

This is the president of a country where at least 2,247 people have tested positive while 34 have died.

The third leader in the list is the President of Nicaragua Daniel Ortega.

He has not ordered any major preventive measure so far. The country's borders are open.

Instead of imposing a lockdown, Ortega has asked health officials to go door to door asking people to wash hands.

Meanwhile, the country's vice-president, Rosario Murillo who also happens to be the wife of President Ortega, has advised people to turn to religion.

this is the response of one of the poorest nations of the western hemisphere.

There are already two cases in the country so far.