What does Joe Biden's 'horrendous gaffe' over Ukraine mean? 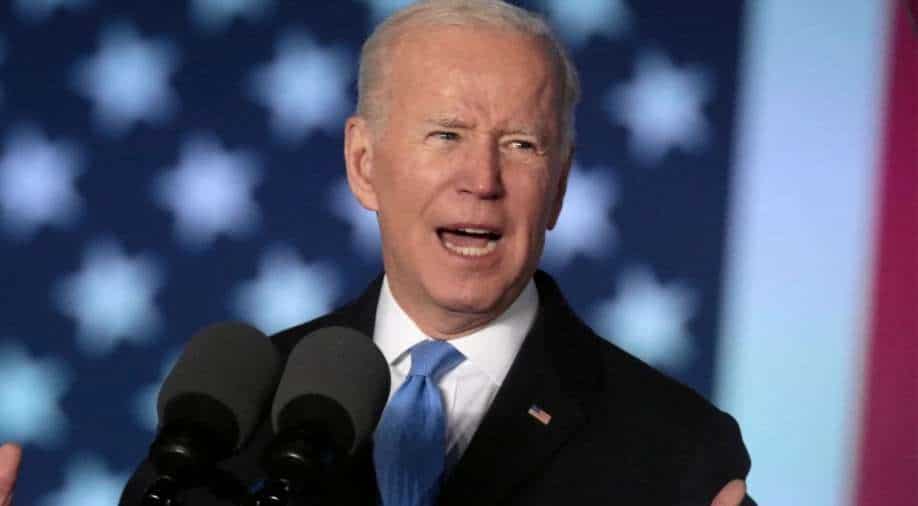 In the aftermath of the incident, which apparently caught even US advisors off guard, the White House clarified within minutes that Biden was not advocating "regime change" in Russia

"For God's sake, this man [Putin] cannot remain in power," United States President Joe Biden said this to a crowd in Warsaw, Poland on Saturday (March 26) while condemning Russia's month-long invasion of Ukraine.

The comments appeared to be a call for Putin's exit and went viral in no time. However, it sent the Biden administration rushing course-correction and giving explanations.

Biden's comments were delivered during the close of three days of marathon diplomacy. The remarks were termed a "horrendous gaffe" by one Republican senator.

US Senator Jim Risch (R-Idaho), a ranking member of the Senate Foreign Relations Committee, told CNN: "He gave a good speech at the end, but as you pointed out already, there was a horrendous gaffe right at the end of it."

During his address, Biden cast Russia's invasion of Ukraine as a battle in a much broader conflict between democracy and autocracy.

"The battle for democracy could not conclude and did not conclude with the end of the Cold War. Over the last 30 years, the forces of autocracy have revived all across the globe," Biden said.

Biden and other Western allies have been aiming at presenting a determined front against Russia's invasion.

However, the 'regime change' comments had risks that could have, to some extent, jeopardised efforts being done to defuse the situation.

In the aftermath of the incident, which apparently caught even US advisors off guard, the White House clarified within minutes that Biden was not advocating "regime change" in Russia.

Hours earlier Biden had described the Russian President as a "butcher".

US Secretary of State Antony Blinken said that he thinks the President "made the point last night that", quite simply, President Putin cannot be empowered to wage war or engage in aggression against Ukraine or anyone else.

"As you know, and as you have heard us say repeatedly, we do not have a strategy of regime change in Russia - or anywhere else, for that matter," he added.

The Russia and Ukraine conflict has already escalated with reports of multiple loss of lives and massive destruction. Amid all the chaos, such comments can act as a catalyst to aggravate the situation further.

Even France's President Emmanuel Macron warned such language could "escalate" a conflict the United States and its NATO allies have sought at all costs to contain. It can even undercut Western efforts to help suffering Ukrainians.

And as long as gaffes are concerned, Biden has a decades-long reputation for unfortunate off-the-cuff remarks.

Risch said the president had again shot himself in the foot. He told the media outlet, "I wish he would stay on script."

"I think most people who don’t deal in the lane of foreign relations don’t realize that those nine words that he uttered would cause the kind of eruption they did," Risch added.

"Anytime you say, or even as he did suggest, that the policy was regime change, it’s gonna cause a huge problem," the senator added.

Top media outlets and newspapers have previously listed his "top 10 gaffes of all time".

The comments then a U-turn is a clear example that world leaders should keep a filter while speaking regarding the Russia-Ukraine conflict.