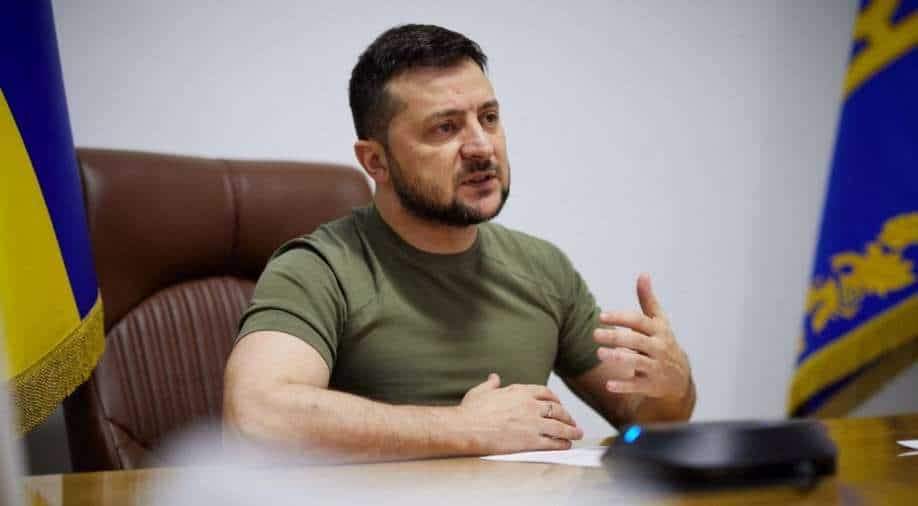 Ukrainian President Volodymyr Zelensky on Sunday (March 27) said that a Russian demand of Ukrainian neutrality was being closely looked at by Kyiv's negotiators.

Zelensky said that Ukraine is prepared to discuss adopting a neutral status as part of a peace deal with Russia, however, such a pact would have to be guaranteed by third parties and put to a referendum.

During an interview with several independent Russian news organisations, Zelensky was quoted by news agencies as saying: "This point of the negotiations is understandable to me and it is being discussed, it is being carefully studied."

Zelensky added, "We have to come to an agreement with the President of the Russian Federation. But to reach an agreement, he has to get up from where he is and come and meet me."

Important to note that the Kremlin earlier this month said that Sweden and Austria offered models of neutrality that Ukraine could adopt to help end Russia's invasion in Ukraine.

However, Ukraine rejected the proposal saying only Kyiv could design a system that would be acceptable to Ukrainians.

While speaking to Russian journalists in a 90-minute video call, Zelensky said that Russia's invasion had destroyed Russian-speaking cities in Ukraine. He added that the damages are worse than the Russian wars in Chechnya.

During the interview, Zelensky spoke in Russian throughout to target a Russian audience. However, Moscow authorities had pre-emptively warned Russian media to refrain from reporting the interview.

Zelensky said, "Security guarantees and neutrality, the non-nuclear status of our state. We are ready to go for it. This is the most important point."

Speaking more than a month after Russia invaded Ukraine on February 24, Zelenskiy said no peace deal would be possible without a ceasefire and troop withdrawals.

Negotiations to end more than a month of fighting in Ukraine have focused on Ukraine staying out of NATO, disarmament and security guarantees.

The two sides are due to meet for a second round of face-to-face talks next week in Turkey.

WATCH | Russian invasion of Ukraine: Is Moscow changing its strategy?