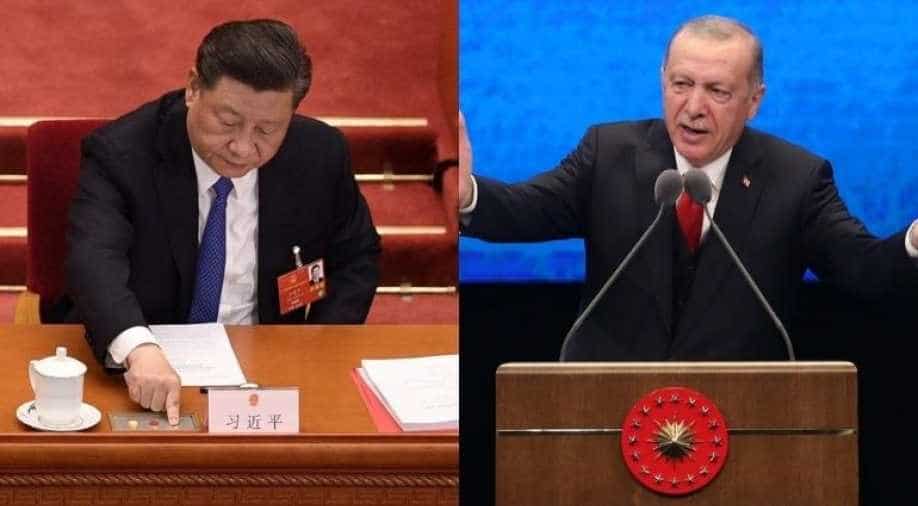 What are China and Turkey doing in Indian campuses? Photograph:( AFP )

Indian intelligence agencies have now flagged this up because the money is going towards targets of Pakistani proxies.

Turkey is looking for ways to expand its soft power in India and is willing to spend money on it.

Reportedly, Turkey has operating different fronts in India. Some of them have direct likes to the Turkish president and his family.

They are funding educational institutes and offering “lucrative scholarships” to lure Indians.

Indian intelligence agencies have now flagged this up because the money is going towards targets of Pakistani proxies.

A report claims that turkey is running scholarships and exchange programs for Indian Kashmiri and Muslim students. They are facilitated by state-sponsored NGOs.

And once the students land in turkey, they are approached by Pakistani proxies.

Reportedly, some individuals and groups have been identified.

Some of them have links with Pakistan’s ISI. They have been brought in by entities in Turkey. People who are believed to have strong links to Recep Tayyip Erdogan.

In this entire affair --- the name of one outfit stands out. The Turkey youth foundation or T.U.G.V.A.

It's run by the Turkish president’s son Bilal. Allegedly, the T.U.G.V.A. has developed strong links in India. It has established contact with Islamic outfits.

Like the student wing of the Jamaat-e-Islami. The student Islamic organisation.

Turkey has been using education to make deep in-roads around the world. As of last year -- one Turkish government entity was educating 30,000 students in 34 countries.

It is the Maarif Foundation, the international education juggernaut of Turkey. It's completely funded by the government.

So far, the Maarif Foundation is active in 43 countries and is catering to almost 40,000 students.

Some claim, that schools run by Maarif Foundation have a radical Islamist curriculum.

That promotes the radicalization of youth and extremism which is why Germany is wary of Turkey’s moves.

In January, German lawmakers had raised red-flags over Turkey’s decision to open three schools in Germany.

These schools are supposed to come up in Berlin, Cologne and Frankfurt which are three major German cities.

Why are german lawmakers worried?

One lawmaker believes Turkish schools are “driving the islamization of German education system”.

That is one side of the political spectrum.

Another side --- calls out Erdogan for undermining democratic values in Turkey.

A lawmaker of the left party said: “Erdogan polarizes and divides our society. His schools are poisonous for integration and democracy”.

Here is how Germany is dealing with Turkish schools. Indian policymakers should listen carefully to this.

Earlier this year, they began formulating a legal framework. That could dictate the rules for such schools.

France went one step ahead. Last year, Erdogan wanted to open Turkish schools in France. The move was denounced by the Macron government.

They saw it as an attempt to bolster influence and hard-line Islam among the Turkish population in France.

According to a report, Erdogan’s plans are now on hold.

As India gets ready to welcome foreign universities --- it must step up its defences against ideological education by Turkey and China.