We will build temporary silos on Ukraine border to transport grain: Biden 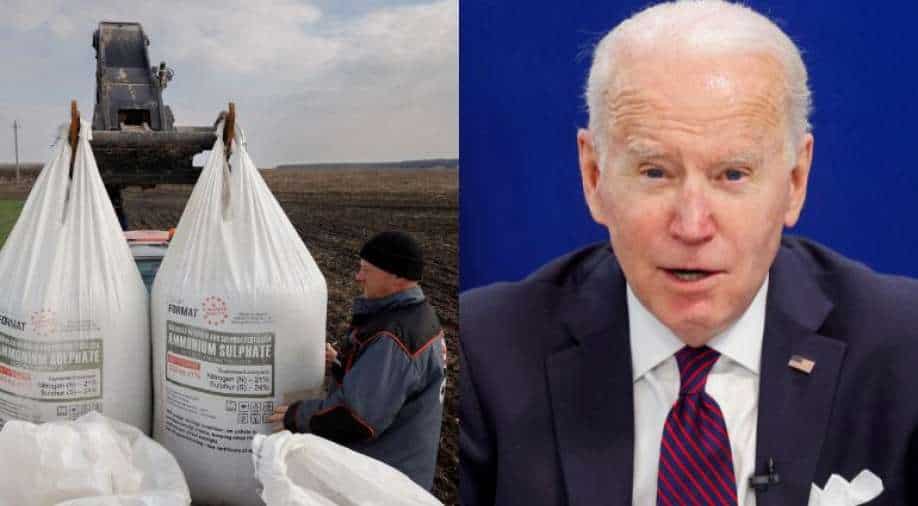 Amid the food crisis, Ukraine President Volodymyr Zelensky requested arms delivery to be speeded up as Russian forces continue to make inroads into eastern Ukraine.

Amid Russia's blockade of Black Sea ports, US President Joe Biden said his administration is "working with European partners to get 20 million tons of grain locked in Ukraine out onto the market to help bring down food price."

"We're going to build silos, temporary silos, in the borders of Ukraine including in Poland so we can transfer it from those cars into those silos into cars in Europe and get it out to the ocean and get it across the world," the US president said.

Biden said "thousands of tons of grain" has been "locked up" in Black Sea ports as he added that it cannot be transported because "they get blown out of the water".

President Vladimir Putin's forces have blocked the Black Sea area ever since the invasion began on February 24 with Russian warships being deployed in the sea.

Amid the food crisis, Ukraine President Volodymyr Zelensky requested arms delivery to be speeded up as Russian forces continue to make inroads into eastern Ukraine.

Russian forces have targeted Severodonetsk and Lysychansk with heavy bombardment with reports indicating Ukraine forces suffering casualties amid a shortage of ammunition.

US, UK and other European nations have sent large cache of arms and ammunition to Ukraine however the country has come under renewed Russian fire in eastern Ukraine.

Polish Prime Minister Mateusz Morawiecki urged nations to deliver weapons and artillery to Ukraine while lamenting the fact that "not enough" was being done to defend Ukraine.

The Polish prime minister said it would be a "complete failure and disaster" for the European Union and a "loss of our values and of NATO" if Ukraine lost the war against Russia.