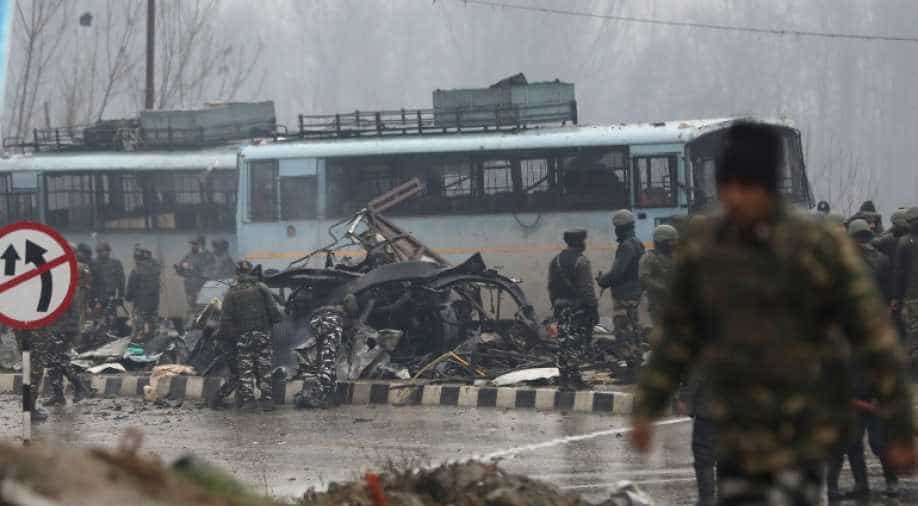 France has condemned the "terrible" Pulwama terror attack that killed 40 Indian soldiers and asked Pakistan to put an end to the terrorist groups operating from its soil.

Forty Central Reserve Police Force (CRPF) personnel were killed on February 14 in Jammu and Kashmir when a suicide bomber of Pakistan-based terror group Jaish-e-Mohammad (JeM) rammed an explosive-laden vehicle into their bus in Pulwama district, sparking outrage in the country.

"France most firmly condemns the terrible attack perpetrated on February 14 against Indian security forces in Pulwama, for which the terrorist group, Jaish-e-Mohammed, has claimed responsibility," said the acting spokesperson of the Ministry of Europe and Foreign Affairs.

"France recognises India's legitimacy to ensure its security against cross-border terrorism and asks Pakistan to put an end to the operations of terrorist groups established on its territory," the official said in a statement.

France, which stands by India in the fight against terrorism in all its forms, is fully engaged in mobilising the international community to sanction the terrorists responsible for this attack and freezing their financing networks, it said.

The statement came days after a senior French source told PTI that France will be moving a proposal at the UN to ban Masood Azhar, chief of the UN-proscribed JeM which has claimed responsibility for the Pulwama terror attack.

"France solemnly calls on India and Pakistan to exercise restraint so as to avert any risk of military escalation and preserve strategic stability in the region," the statement said.

The resumption of bilateral dialogue between Islamabad and New Delhi is necessary to initiate a peaceful settlement of differences, it said.

India launched a major diplomatic offensive against Islamabad after the Pulwama attack and highlighted Pakistan's role in using terrorism as an instrument of state policy.

The international community led by the US pressed Pakistan to deny safe haven to terror groups operating form its soil and bring the perpetrators of the Pulwama attack to justice.

India has asked Pakistan to take immediate and verifiable action against terrorists and terror groups operating from territories under its control.

New Delhi also announced the withdrawal of the Most Favoured Nation status for Pakistan and hiked the customs duty by 200 per cent on goods originating from Pakistan.