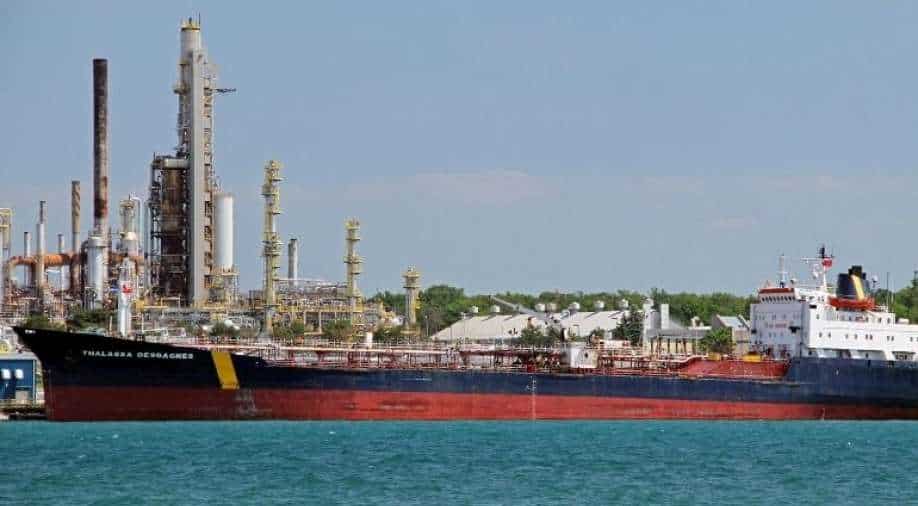 Iran has denied its involvement in the 'potential hijack' of Panama-flagged MV Asphalt Princess in the Gulf of Oman.

After UK's maritime security agency on Wednesday said the suspected hijacking of Panama-flagged MV Asphalt Princess in the Gulf of Oman had ended, the US administration said it was seized by Iranian personnel.

"We can confirm that personnel have left the Panama-flagged Asphalt Princess, this commercial vessel that was seized yesterday. We believe that these personnel were Iranian," US State Department spokesman Ned Price said.

The State Department official however added that the US government was not in a position to confirm at this time adding that NAVCENT [United States Naval Forces Central Command] and DoD [Department of Defence] may have more information.

Oman had said the Asphalt Princess was involved in a "hijacking incident in international waters", just days after two crew members were killed after a blast rocked MT Mercer Street tanker off Oman as US and Israeli officials said it was a suspected drone attack.

Oman deployed its Air Force and Navy around the Asphalt Princess as the crisis deepened, however, UK's maritime trade securuty agency in a tweet said "Boarders have left the vessel. Vessel is safe. Incident complete."

The UK agency had earlier categorised the incident as a "potential hijack" as the ship was headed towards the Strait of Hormuz.

According to reports, shipping industry intelligence site Lloyd's List had said armed men had boarded the ship and ordered it to sail to Iran.

Iran earlier had also denied involvment in the MV Mercer Street blast which the US and Israel blamed on an Iranian drone.

Israel said Islamic Revolutionary Guard Corps was behind the incident pinning it on Saeed Ara Jani who Israel said is the head of the IRGC's UAV (unmanned aerial vehicle) Command and the "man that is personally responsible for the terror attacks in the Gulf of Oman."