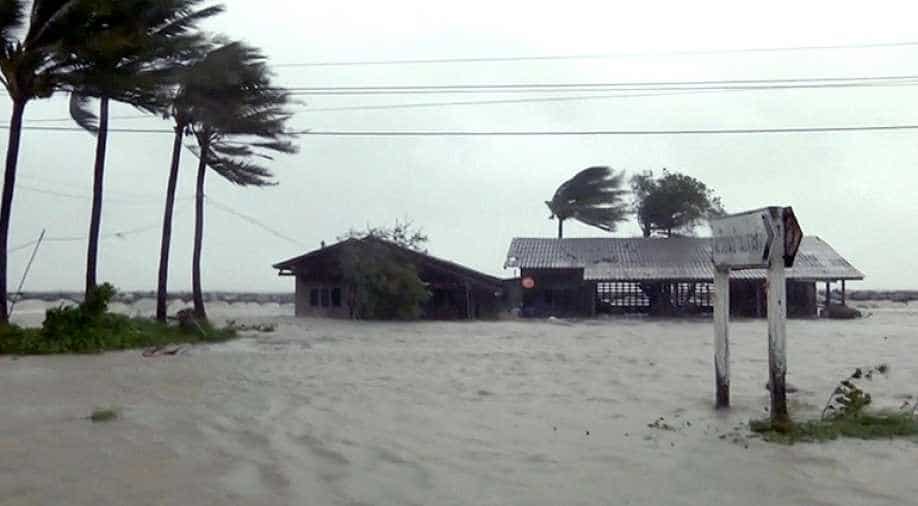 Authorities said one person was killed after a boat capsized due to strong winds in Pattani province.

The Thai Meteorological Department, however, said the storm was slowing and heading to the province of Surat Thani. The storm knocked down trees and house roofs in its path, although it slowed down as it reached inland.

"It is expected to downgrade to be a tropical depression," Thai Meteorological Department said in a statement, adding,"People should beware of the severe conditions that cause forest runoffs and flash floods."

Authorities said one person was killed after a boat capsized due to strong winds in Pattani province, another crew member was missing.

The Thai government evacuated over 7,000 people from Nakhon Si Thammarat as well from the provinces of Pattani, Songkhla and Yala. The authorities have closed down the Surat Thani airport from Friday afternoon to Saturday.

Earlier, Bangkok Airways had said it had cancelled all flights from the holiday destination of Koh Samui. Ferry services have also been suspended.

India's metrological department had warned on Thursday that Andaman and Nicobar islands could be threatened due to the storm.

The Met department had said the cyclonic storm would emerge in the Andaman Sea around forenoon on January 5th with heavy rain expected in several areas.

The Met office had advised inhabitants of the Islands and tourists to take precautionary measures ahead of the storm Pabuk's arrival. It also advised fishermen not to venture into the Andaman Sea during January 4th-7th.

Odisha and Andaman administration have been put on alert due to the incoming cyclone.